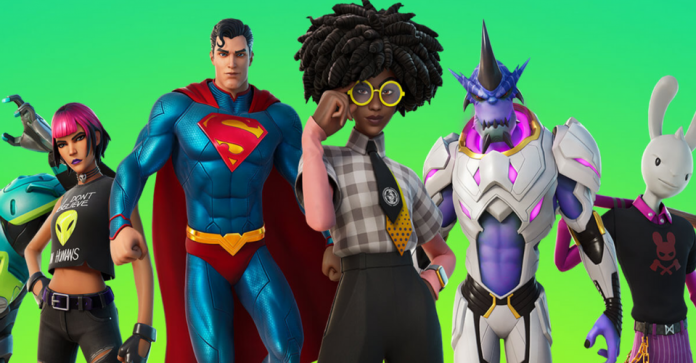 Together with Fortnite Season 7’s announcement came the news that Epic is changing the way the Fight Pass functions this year and is allowing players choose the order in which they unlock rewards through a new currency named Battle Stars. Though this concept is a great one, in implementation it ends up as more of an illusion of choice compared to real improvement.

When talking about the Battle Stars on its blog article, Epic reported that the purpose was to allow players more customisation and put them behind the wheel. That’s exactly what it seems like in theory anyway, giving you the capacity to select what outfits and bonuses you get first and the choice to ignore the ones you don’t care for. Sprays and audio tracks? No thanks, I’m going for the gliders and pickaxes.

Issues arise pretty much straight away however. Each webpage and its related rewards nevertheless have a level tied to them. So, to find all the things on page 4, you will have to be level 50, so there’s still a direct sequence in which you can unlock items. It’s true that you can now choose to find a glider prior to a spray, but if you would like to find that sweet candy Rick skin, then you’ll need to be Amount 100.

Another difficulty comes with the fact that to unlock any of the actual character skins, you’ll need to get all of the other items on a page . If you’re somebody who’s simply interested in getting the figures, you’re out of luck as you’ll still have to unlock everything on the pass. You might as well not have the choice at all when it’s this limiting and arbitrary.

The only time that it seems like it is going to come in handy is if you’re really trying to recreate a particular glider or rear bling first. Even then, you will still have to unlock every thing else on the page to acquire the related character skin, so it just feels meaningless. These design options are not offensive or anything, they are just completely useless and alter very little about the conflict pass experience.

More than anything else, it seems somewhat tone-deaf into some of the genuine problems that come with these systems. Thus, locking eye-catching characters such as Rick supporting the last level feels somewhat unfair and only the most consistent players will find the Pickle man. It was an issue with different seasons too, with Baby Yoda being a level 100 unlock in the bounty hunter period, and Iron Man being a pretty high level unlock when the Marvel pass wrapped around.

I was excited to unlock Rick and meme this up, but unless I’m committing the next few weeks to Fortnite, I will not be receiving the character at all. I personally can just pay a whole bunch of V-bucks to jump to the last level instantly, and at that point, I would rather just cover Rick himself. Similarly, Superman is not even available as of the time of writing, which makes the pass as a whole feel a little anti-climatic. Sure, a few of the outfits on offer are pretty cool, but if two of your biggest draws have such enormous asterisks beside their unlocks, it’s a bit deflating.

If Epic is actually wanting to make modifications to the struggle pass, I’m all for this, but for it to happen they need to, you know, really make some changes instead of adding some additional steps and calling participant choice.