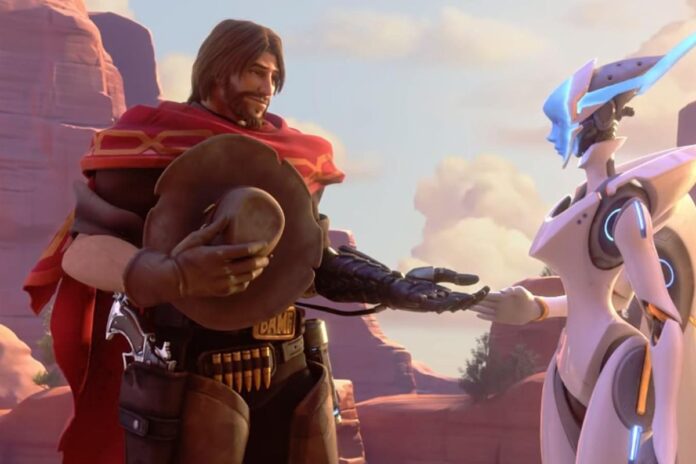 Overwatch’s resident gunslinger finally has a new name: Jesse McCree is gone, and in his place stands an honest cowboy called Cole Cassidy.

“Running from his past meant running from himself, and each passing year only widened the divide between who he had been and what he had become,” Blizzard said in an announcement tweet. “But in every cowboy’s life, there comes a time when he has to stop and make a stand.

“To make this new Overwatch better—to make things right—he had to be honest with his team and himself. The cowboy he was rode into the sunset, and Cole Cassidy faced the world at dawn.”

The new name arises from allegations of widespread sexual harassment and discrimination at Activision Blizzard, which among other things saw the dismissal of Diablo 4 lead level designer Jesse McCree, for whom the Overwatch character was named. Blizzard said in August that it would rename the character “to something that better represents what Overwatch stands for.”The change was clearly necessary—many in the community were calling for it, and some Overwatch casters stopped using the name in mid-August, opting to refer to him as simply “the cowboy” instead—but it also actually fits pretty well within Overwatch lore. It’s been suggested in the past that Jesse McCree wasn’t actually his real name: Sombra alludes to it in the interaction below, to which Cassidy replies, “Don’t know what you heard, but my name’s not Joel.”