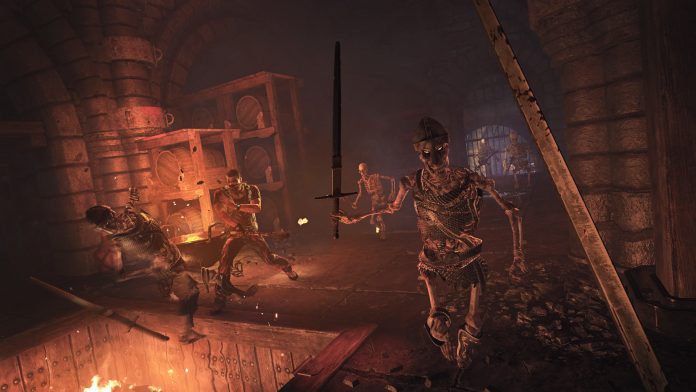 But will it fix what’s ultimately a rather bland dungeon delver?

Forget Dying Light two for an instant, if you will, as we check back in using its 2015 predecessor. Techland’s zombie parkour introduction has been getting continuous updates since launch, to the point at which its latest update has added a brand new story mode to dungeon-delving fantasy spin-off expansion, Hellraid.

We are a long way out of Harran, survivors.

Released last August, Dying Light: Hellraid completely ditches the metropolitan undead nightmare of this foundation Dying Light for a pulp fantasy event that could’ve been pulled directly from The Elder Scrolls–all of dungeons, swords, skeletons, along with dark wizards.

The new, more guided manner arrives with three brand new quests (playable solo or in co-op), two brand new weapons (a bow and two-handed hammer), a new enemy and fresh locations. In addition, it updates the expansion’s lighting systems and much more environmental sounds to produce proceedings much, much spookier.

Granted, Hellraid does not appear to have been a lot of a hit on release. The DLC’s reviews sit firmly in”mostly negative”, citing repetitive, un-fun struggles in samey corridors and chambers. But Hellraid’s struggles precede even its positioning as Dying Light DLC–together with all the expansion initially pitched as a Dead Island mod prior to being spun into its own game.

Maybe a Story style and a few new tools can help break up Hellraid’s monotony. But it seems the DLC is probably best handled as what it is–a long-overdue attempt to simply get a fantasy dungeon-diver outside the doorway and out of the mind.

After admittedly announcing the match too premature , it seems like we are going to be seeing much more of Dying Light 2 ahead of its new release date on December 7th.