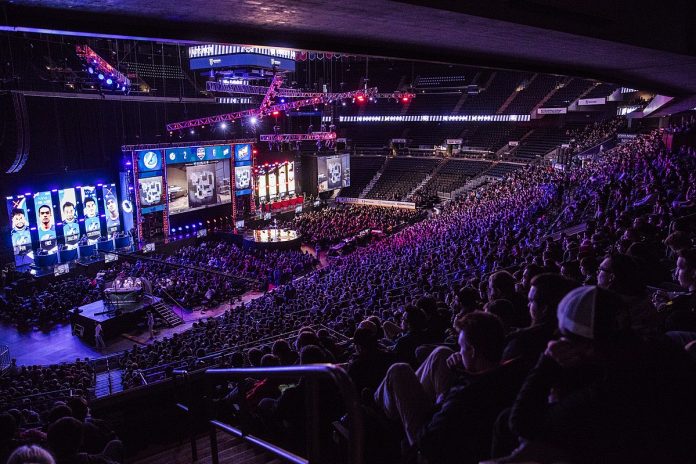 With over one million active concurrent players, and S-Tier ranked events that regularly break into the six digits for prize winnings, CS:GO is one of Esports’ most hottest properties. Here’s the full lowdown on the three biggest events in the world.

The Intel Extreme Masters World Championships in Katowice, Poland have become one of the standout fixtures in the competitive CS:GO pro circuit and hosted a Valve-sponsored Major as recently as spring 2019.

Dubbed the ‘home of Esports’ and traditionally housed in the Spodek Arena in the heart of the city, Katowice is one of the few events to actually be a fixed location where an event takes place. From 2016 onwards, prize purses for the event have ranged from $500,000 to $1 million and the Katowice Major of 2019 broke CS:GO records with its 1.2 million peak viewership on Twitch.

CIS side Natus Vincere are the current IEM Katowice champions, having won the 2020 edition back on March 1st. Na’Vi bested the likes of Team Liquid, Astralis and G2 on their way to the trophy, producing devastating displays on Dust II and Nuke in particular and crowning off their memorable tournament run with an MVP award for their star player, S1mple. On top of becoming the world’s best side in the HLTV World Rankings, the side also netted $250,000 of the event’s $500,000 prize pool.

Whilst Counter-Strike: Global Offensive doesn’t currently have a linear league system like other first person shooters such as Call of Duty or Overwatch, it does have the ESL Pro League, a group-to-finals style professional league featuring twenty-four of the world’s best sides. There are two Pro Leagues every year, with the prize purse growing from $500,000 in 2015 to $1,000,000 for the current finals stage alone.

The location of the Pro League’s finals changes every season, with the circuit already making its way to Europe, North America and Brazil so far. Season 11 of the Pro League was broken up into regionalised European and North American divisions in the wake of the COVID-19 pandemic, though the prize purse remained the same.

Team Liquid in North America and Fnatic were amongst the favourites in the pre-tournament esports betting picks, and duly delivered on the online circuit, beating out Evil Geniuses and Mousesports in their respective finals. For Fnatic, Pro League Season 11 was particularly notable; not only did they net $110,000, but they moved out into becoming the most successful side in the tournament’s history with three wins.

Dubbed as the Major Championship that isn’t technically a Valve-sponsored event most years, it did gain Major status for its 2014, 2015 and 2016 editions. Valve-sponsored or not, the prize purse has been raised to $1 million, the same amount as a Major, every year since 2015 and the event also makes up part of the Intel Grand Slam of S-Tier tournaments which can land teams with an extra $1 million in winnings.

Though there is a degree of uncertainty over what this year’s edition might look like, Team Liquid are currently still the reigning champions having bested Team Vitality in last year’s final.