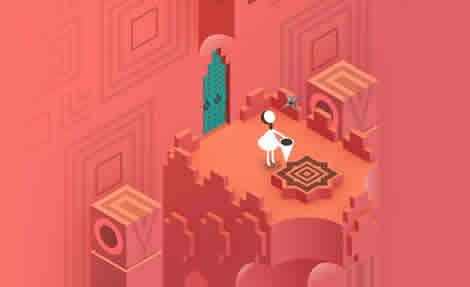 The game is a continuation of the first part, released in 2014. Monument Valley 2 brings us back to our favorite game universe full of puzzles, intrigues and adventures. We have completed the game and will give you a full Monument Valley 2 walkthrough.

Ro and her daughter move where you want by simply clicking on the screen. You can move them in small steps or send them to the other end of the map. Chill, there is no place in the game from which you can’t return. If one door closes, the other one will definitely open.

Sometimes, when you send a character to a certain part of the map, it moves chaotically or cannot overcome some barrier. This is a great opportunity to see the whole route with your own eyes. Sometimes it is not easy to get to some places.

There are so many things in Monument Valley 2 that we can interact with. You also need to use them to pass the game. Now let’s talk about it in more detail. We want to warn you right away that we can call some elements different from the names of the developers themselves.

In Monument Valley 2 there are square and round buttons, which are activated when a character or totem is above them. Sometimes they act as switches (they move or open something), and sometimes they only show their effect when the character is on them. For example, taking Ro, her daughter and the totem pole as a basis, you have to leave someone alone on a button and go with another character to lift or light something, and so on.

Remember the most important thing about the totem. If you’ve seen it on the plain, know that you can’t do without its help.