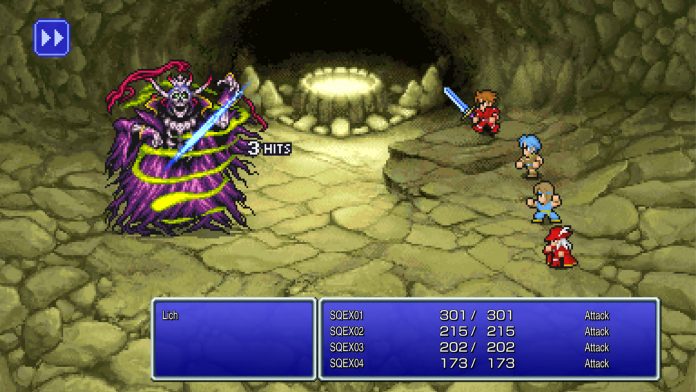 September will bring you the fourth installment in the JRPG series.

The Final Fantasy pixel remakes’ first three installments were released last month. Other than some minor issues and crappy fonts, it is nice to have proper port versions of these old console classics. Final Fantasy 4 will be the next instalment. It is due to release on September 8.

This means that the SteamDB release dates are incorrect. FF4 will be released a few weeks after August 19, so FF5 & FF6 won’t arrive on September 9 & 30, respectively. They’ll probably all be out by the end, though, at this rate.

Final Fantasy 4’s remaster will include a variety of quality-of-life improvements. This includes an auto-battle option, modernized UI (if the font doesn’t suit you, you can change it). You can also enjoy new features like a bestiary and a music player, as well as the ability to save whenever it suits you.

Final Fantasy 4 was originally released on SNES in 1991. It was released in North America as Final Fantasy 2 because there were no previous installments. Square Enix’s article states that “In Final Fantasy IV the Kingdom of Baron sends its elite airship fleet the Red Wings to attack the surrounding nations.” “Cecilil, a dark knight captain of the Red Wings and distressed by his mission, decides to join the fight against the tyrannical baron with his trusted friend, and his paramour.”

Final Fantasy 4 Pixel Remaster will be available on Steam