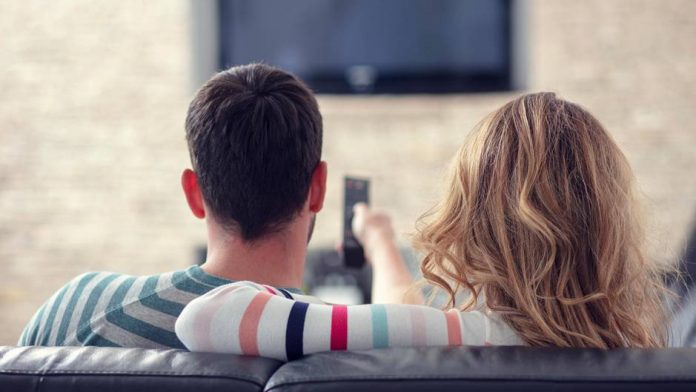 you Know the channel “Premiere”, the programs were encrypted in the ‘ 90s, mostly, if you had taken out a separate subscription? Only in 2009 the Pay-TV has been renamed Format to “Sky” since then, the program has developed over linear TV in addition to significantly more: in the Meantime, the media group includes 19 own-produced channels, the focus is on two areas (movies and series and sports). But that Sky is because already alone, quite the contrary: Today there are a variety of other Pay-TV formats, all of which have a similarly extensive range. Five of them are presented in this article.

The video streaming service from Amazon can be tested for 30 days free, then it costs each month 7,99 Euro and a one month’s notice. In the subscription of more than 15,000 movies and TV shows are in HD and some even in 4K, in addition, you can access the media libraries of the public broadcasters (e.g. ARD, ZDF). The supply of new blockbusters is constantly expanding, but if you want to see a movie that just ran in the cinema, you need to borrow these, if necessary, for 4.99 (HD) or 3,99 (in SD) and can see him then for 48 hours as often as you want. You can find out more here.

If you want to watch the Bundesliga games live, you can as a Prime member of Amazon book the Euro sport player Channel for 5,99 Euro / month (monthly termination) or 49,99 Euro in the year. Alternatively, there are also a Amazon Prime membership for 69 Euro in the year – i.e. € 5.75 per month. Contained therein, in addition to the unlimited Streaming of movies and series, the free Borrow eBooks, the free Streaming of over two million Songs (Prime Music) as well as no shipping costs for Prime episodes,-article 29 Euro. Here you can try the membership free for 30 days, each additional month will cost € 7.99.

If you are not a sport program, is the Streaming service Netflix is another good Alternative to Sky. The American company was founded in 1997 and is one of the world meanwhile nearly 150 million subscribers (as of March 2019). The offer includes a wide range of Netflix-Original, game – and documentary films, series, and more. Similar to Amazon, you can try the membership free for 30 days – then you can choose between three different subscriptions:

Here you can try Netflix free for 30 days.

note: Each subscription can be cancelled monthly and includes no additional rental or purchase charges, such as, for example, in the case of Amazon.

Private data will result in Maxdome (established in 2006) is Germany’s largest Online video library: Over 50,000 movies and TV shows in SD and HD quality, with Dolby Digital Plus 5.1 and original sound, as well as TV – productions and own productions (including the “Jerks” with Christian Ulmen and Fahri Yardim) of the ProSiebenSat.1 Group the members are – and here, too, you can test the subscription for a month for free, as is the case with Amazon and Netflix. The offer will cost you only € 7.99 a month and can be used both on television, Laptop, and Smartphone (via the Fire TV or Google Chromecast). Cancelled the membership with a notice period of 14 days at the end of each contract month can be.

Here you can test it free for 30 days.

founded in 2007, offers the Video-on-Demand platform TV Now movies and TV shows seven days after they were broadcast on RTL, VOX, RTL II, NITRO, SUPER RTL and n-tv free- then this can only be viewed for a fee, and only for 24 hours. For this, a free registration is necessary in combination with the Deposit of the personal payment methods. Some content will also be made longer or permanently, the free movies and TV shows can also be seen without an Account.

If you want to see all the series, movies and documentaries in HD quality, anytime, you need a Premium package that you can test 30 days for free. Then a monthly fee of 4.99 euros, terminated the membership can also be on a monthly basis. As a Premium customer, you benefit the following advantages: 13, Live stream, TV Now Originals, complete seasons and selected to follow before the TV broadcast, as well as unlimited access to the App via Smartphone and Tablet (iOS / Android). On the TV, you can see all the movies and TV shows easily via Amazon Fire TV, Apple TV, Android TV, Chromecast, and AirPlay.

Here you can test the TV Now for free for 30 days.

Also, this Streaming service can be tested free for 30 days. In contrast to the other Pay-TV formats Zattoo has focused since 2008 on Live and On-Demand television. Say, in principle, the Same as the cable TV, only that you have to pay significantly less for it. Three different subscriptions:

For you can be free of charge, the “Free”package. In it are 87 TV channels (incl included. Pro7, RTL), which you can see only after successful registration on your Internet-enabled TV (Samsung Smart TV, Apple TV, Amazon Fire TV or Android TV) via the App.The “Premium”package costs 9.99 euros a month, and includes 105 TV channels. Add to this that you can use Zattoo on two different devices in parallel, ad-free switching and 30 shots can make.In the “Ultimate”package you can pay monthly, $ 19.99 for 105 TV channels (without advertisement when switching). Parallel Streams on four devices, you can also make 100 recordings of your favorite movies or series (or even delete and re-awarded).

The two paid-for packages have a nice Goodie: you can already play with a restart from the beginning, and pause to watch later on.

Here you can test Zattoo free for 30 days.

This article contains the so-called Affiliate Links. More There is information about this here.