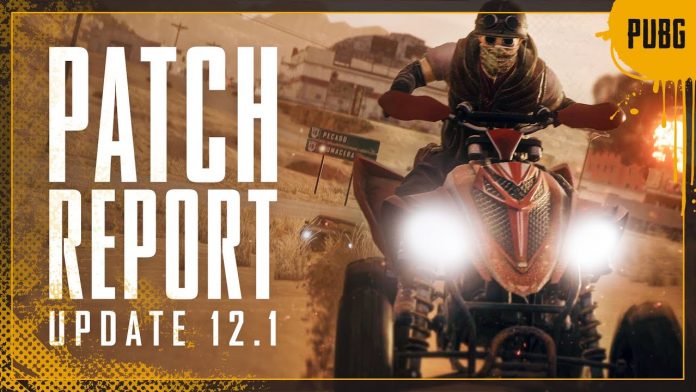 PUBG’s latest update is live, and it remasters the game’s Miramar map, as well as introducing a new weapon, a new vehicle, and a skin upgrade system.

PUBG’s update 12.1 is live on all platforms, and it brings some interesting and wide-ranging changes to the battlegrounds. These additions include a revamp of the fan-favorite Miramar map, a new anti-materiel rifle, and a new quad bike.

The biggest change in update 12.1 is the “world update” of PUBG’s Miramar map. The desert environment was first unveiled in 2017, but this new version of the map improves its lighting, reduces the amount of “clutter” in the environment, and adjusts the amount of cover in the map’s open areas substantially. The update also revises the map’s loot table to include jammer packs, decoy grenades, and emergency parachutes.

The patch adds a new weapon to the game in the form of the Lynx AMR, which is a .50 caliber anti-materiel sniper rifle. Intended as a hard counter to vehicles, the rifle can destroy a motorcycle in a single shot, and other vehicles in just two or three. However, it has only five shots total, so you need to make them count.

Update 12.1 also adds a new vehicle to the game, the Quad, a fast but vulnerable four-wheeled ATV that only spawns on Miramar. A certain percentage of motorcycles will also spawn as roadster cycles now. Additionally, the game’s loot crates will now drop materials that can be used to upgrade weapon skins.

Miramar holds a special place in our hearts; launched alongside PUBG 1.0 in December 2017 we’re thrilled to show you the improvements made for Season 12.

Throughout the map, we’ve focused on improving the overall visual quality (lighting especially) while also keeping a close eye on improving player interactions with the environment to improve your gameplay experience.

While points of interest will still feel very familiar, we’ve introduced key changes to improve core gameplay and keep things feeling fresh. Keep an eye out and let us know what you think!

The following items have been added to the Miramar loot table:

We have improved the visual fidelity of textures and materials across the map. Additional cliffs have been added for steep slopes, which clearly indicate areas that cannot be climbed easily.

Cliffs have been improved across the map and now look much better overall.

Trees, plants, and other foliage have received vast visual improvements.

One goal of these lighting changes is to push a warmer, drier, and arid feel to help separate the feel and color palette from other maps. Looking at the map, we plotted the sun’s arch and tweaked the lighting setups to represent different times of day better. We aimed to create a softer image with less contrast to help with eye strain while still ensuring longer distance engagements.

In the existing weather types: Sunny, Sunset, Sunrise, and Cloudy, the intensity and color have been adjusted. Sandstorm and Dusk will be introduced in Challenger Mode. Finally, improvements were made to the bunker and interior lighting.

Many buildings and objects across the map have received visual improvements.

Reduced clutter across the map to improve ease of movement, especially around building entrances.

Credit to DictatorShadow for the asset edit

The Lynx AMR is PUBG’s first Anti-Materiel Rifle, a semi-automatic crate gun capable of damaging military equipment and armor, in addition to players and vehicles.

Intended as a hard counter to vehicles, the Lynx is also effective in any situations you’d find yourself wanting to scope in and shoot down an enemy.

The Quad is an off-road vehicle with four low-pressure tires and a driver seat designed to be straddled by the operator, with handlebars for steering control, with room on the back for a teammate. Modeled after a racing-style ATV, get ready to explore the Battlegrounds on this all-terrain monster we call the Quad.

A certain percentage of all motorcycles, including two and three-seaters, will spawn as Roadster Motorcycles.

The new ranked season is upon us!

All players eligible for Season 11 ranked rewards will receive them upon launching the game. Rewards are granted based on your end-of-season rank.

For more information on ranked rewards, click here. Season 12 rewards will be announced at a later date.

Introducing the Weapon Skin Upgrade System. Level-up your weapon skins and add new features and styles to your weapon; keep an eye out for Contraband Crates in store (purchasable with G-Coin). Materials used to upgrade skins can be purchased or found with a low probability via certain crates purchasable with BP and through community events.

Teammates no longer appreciate your jump punches to the face during pre-match lobbies anymore? We’ve added some soccer balls as another way to keep you entertained while you prepare to drop in-game. Shoot, dribble and pass, but just don’t kick them into the water..

In the Hall of Fame building on Erangel, the PGI.S winners are now being showcased. Relive the excitement from PGI.S in-game.

Thank you for the tremendous amount of feedback since we first introduction of the Emergency Pickup feature. And, with your feedback in mind, we’re the following changes:

We have made additional changes to the reputation system to prevent a decrease in reputation points due to player reports.

The replay system has been updated. Replay files from previous updates are now unable to be used.