Intel has introduced a new technology that will help to protect users from malicious attacks at the hardware level. The first integrated system of protection – Control-Flow Enforcement Technology (CET) – you will receive a range of processors Tiger Lake, which will be released later this summer.

CET will be “sewn” into the chip itself, according to Engadget. As the name implies, this system monitors streams of commands that define the sequence of execution of certain tasks on the processor.

In particular, a new mechanism Intel will be able to prevent attempts of attacks of a kind and JOP ROP (return oriented and transition-oriented programming). Software they can be difficult to detect, because attackers use legitimate code, executed from the executable memory, but in malicious ways. 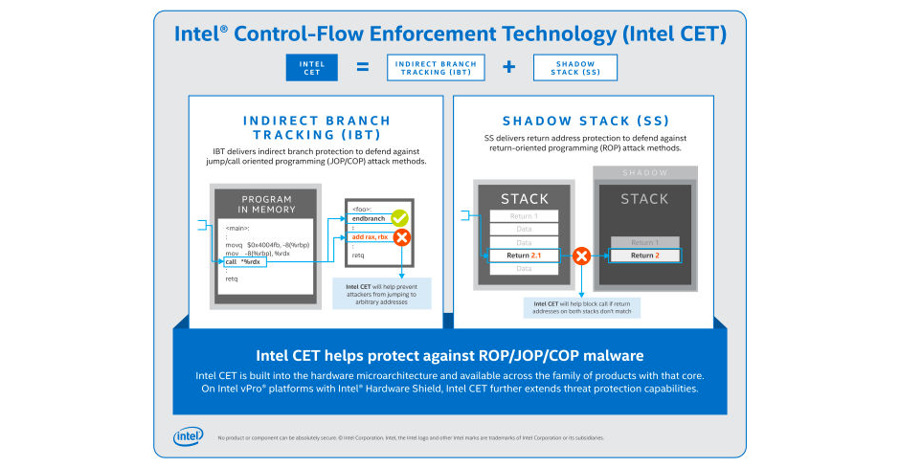 CET controls the order of execution of commands on-chip via two mechanisms: the shadow stack, and indirect branch tracing. The first protects against ROP-attacks by checking the addresses in the original and the shadow stacks, and the second from JOP-attacks, banning hackers can move to arbitrary locations.

the New development will appear in future desktop and server platforms from Intel. Also, the chip maker is working with Microsoft on integrating CET into the operating system Windows 10. There is a function, for which there is hardware protection, is Stack Protection, and it is already available in test builds of the OS.