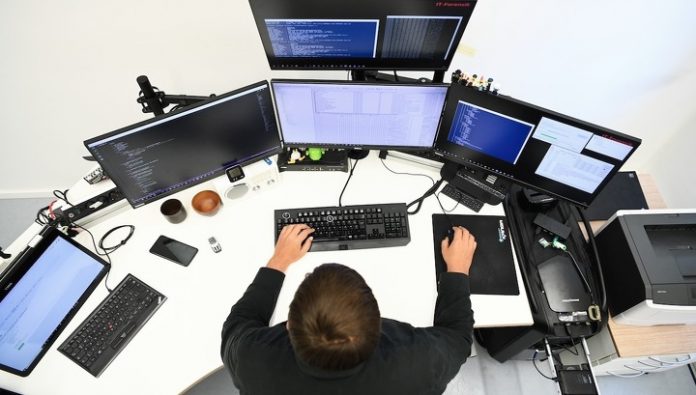 During the four month isolation regime, the Russians bought a record in five years, the number of web cameras, mice, keyboards, headsets and other computer accessories. About it Вестям.Ru reported in group “M. Video-Eldorado”.

From January to April 2020 to peripheral devices and equipment for home offices, distance learning and gaming Russians spent 8.5 billion rubles. In units sales rose to the highest level in the last five years – 5.8 million devices.

the Peak demand was recorded in March-April, with the transition of the Russians to a remote format work and study. The biggest increase by 85% in units and 2.4 times the money – showed the webcam. The average bill has increased by 25% – up to 2.5 thousand rubles. As noted in a press-service, the buyers preferred the more expensive HD model for high-quality video, mostly from Logitech, Defender, Sven, A4 Tech, and Canyon.

sales of network equipment increased by 20% in units and 28% in the money. 85% of the market occurred in routers (more than half of them support the most common standard 802.11 speed.n), the rest – on access points and repeaters of Wi-Fi signal. The most popular are routers under the brands TP-Link, Keenetic, ASUS, Huawei and Mikrotik.

during the period of quarantine measures nearly a third of the devices were bought for gaming and entertainment. In terms of money on gaming keyboards, mice and headsets accounted for 53% of the market. In the segments for eSports in the lead products of the brand Bloody, classic – Logitech.

Benefited from the pandemic and GFN streaming service that allows you to run demanding on the hardware of the game on slower computers. In comparison with January-February this year, for the last two months it registered only 8 times more users, and the number of game sessions has doubled. The five most popular games among conventional and premium accounts amounted to Fortnite, Rust, Counter-Strike: Global Offensive, The Witcher 3: Wild Hunt, and Apex Legends.