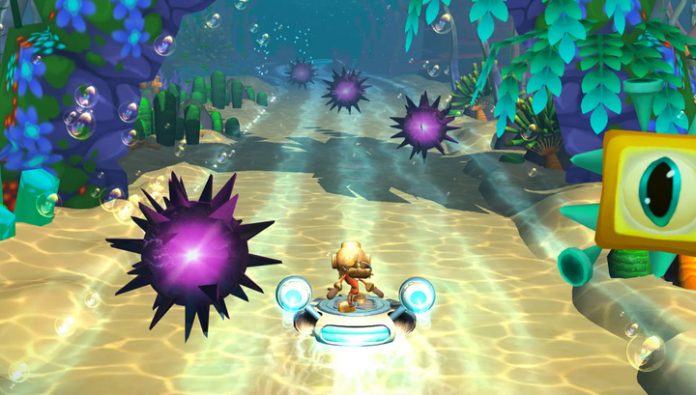 FDA food and drug administration (FDA) first approved the use of mobile applications as a method of treatment of the syndrome of attention deficit and hyperactivity disorder (ADHD) in children aged 8 to 12 years. About it writes the Verge with reference to the statement of the developer EndeavorRX.

we are Talking about special game Akili related to the genre of arcade racing game. In it the child needs to control the spaceship to avoid obstacles, collect along the way for bonuses and earn points.

Akili became the first “prescription” a video game in the United States that can be officially prescribed by a doctor as medicine. FDA made the decision after more than seven years of clinical trials involving 600 children, during which it was studied, will help them in alleviating the symptoms of behavioral disorders.

the company stressed that a third of patients who carried out playing 25 minutes a day and 5 days a week for months, “no longer had any tangible attention deficit at least one indicator of concentration of the consciousness on the object.” A positive effect in the treatment of ADHD, said the representatives EndeavorRX was observed during the month.

Find Akili free is impossible, however, anyone can join the waiting list on the company website. Along with this, in the company notice that the game is not a full replacement medication treatment of ADHD.

last year in the United States was first approved by a special device for the treatment of ADHD. Device called Monarch eTNS are designed for external stimulation of the trigeminal nerve. It is assumed that therapy with its use will be to assign to children aged 7 to 12 years.

Monarch eTNS can be used both in hospital and at home – in this case to work with it needs specially trained people. The sensor is connected to the apparatus, attached to the forehead of the patient – usually a therapy session carried out during sleep of the child. During clinical trials all patients who used the device saw improvements.