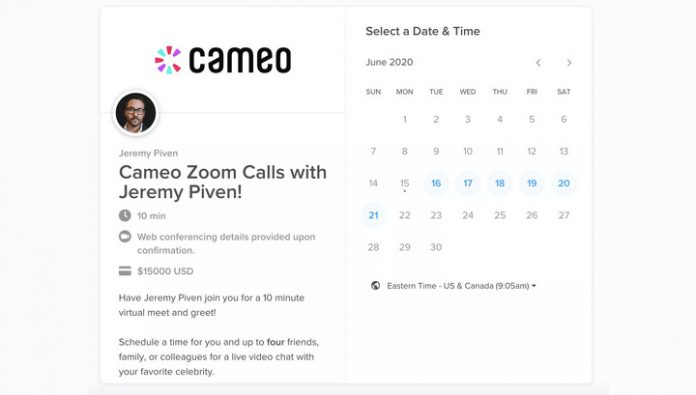 Cameo American startup that launched two years ago the service to send video messages from celebrities, proposed new service. For a considerable amount of wishing can now purchase for yourself or as a gift a short session of live communication with the idol via the Zoom video conferencing service.

the New service is called Cameo Live and work on the weekend. However, the prices of direct dialogue, many registered on the website of celebrities (more than 30 000) was sky-high. So, the actor and comedian Jeremy Piven, known for the television series “Entourage” (“Entourage”), estimated ten minutes of your time to $ 15,000. For comparison, a video message, he is willing to write for $ 400.

Legendary skateboarder Tony hawk wants to call $ 1,000, and former football star Brett Favre – 5000. Cameo will allow you to connect to such a call four spectators (in addition to “stars” and the customer), and the cancelling of the video conference possible at least 24 hours in advance. If the celebrity fails to connect to the hangout, money will be returned.

According to the service, at the initial stage to make money on live video communication with the fans expressed the readiness of the 50 “stars” of different sizes. The Cameo’s popularity has increased dramatically during a pandemic, and as users – the number of orders for March rose by 83%, and among celebrities in the March, joined by 160% more than the previous month.