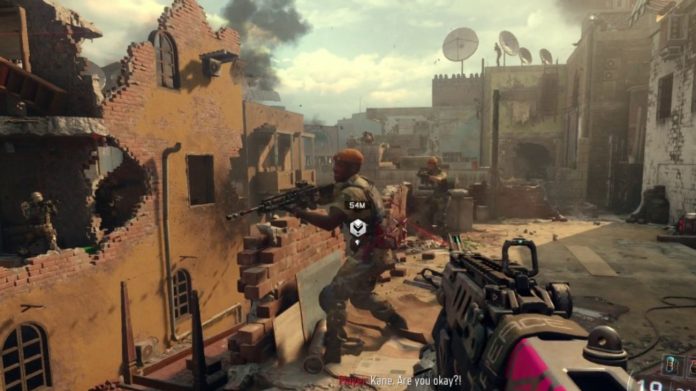 After each killing spree of a young person is asked the question whether “killer games” trigger or cause of the killer were doing. Psychologists have decayed on the response in two bearings, which are unforgiving in the hair. A new approach, a group of scientists from German universities who look to the gamers literally, into the brain, and how other researchers are only short-term effects of gambling, but long-term effects followed. Now, you dealt with the question of whether players of violent Games such as Counterstrike or Call of Duty are less sensitive than non-players. Result: gamers are so empathic with others.

Previously, it was investigated the state of mind of the player during or shortly after the Gamble. In the process, it was observed a tendency to blunting in relation to violence, increased aggression and reduced empathy. However, such effects are not in connection with a frantic computer game that causes an alarm condition, unexpectedly. The question is, whether you are a player tick in real life is different.

Gregory Szycik of the Hannover Medical school and his Team studied 15 male players, who have been in 13 years, an average of four hours a day Shooter zockten, and compared them with 15 people with no experience with such Games. Prior to the study, the participants had to be at least three hours “abstinent”, to be able to your psychological profile, regardless of the game to determine. The teams answered a questionnaire on the topics of empathy and Aggression, and were then examined under a nuclear spin tomograph. While you have been shown images that challenged their compassion, they were asked how they would feel in the Situation.

Under the brain scanner empathy asked

in Both the questionnaire as well as in the brain scan study was that there were no differences between players and non-players. That is, in the MRI-study were in two groups, those areas of the brain actively linked with compassion. The players were – in this respect, it is completely normal.

The in the journal Frontiers in Psychology published a study a study by the same group of researchers in the 2016 confirmed. At that time, they had tested whether violent gamers are truncated as their contemporaries. “We have found no difference,” says the study leader Gregory Szycik. “This has surprised us totally because we had assumed that the games numb emotionally – but also, as we studied a second group in addition, we could not detect any difference.”

The idea that such Games, the player coarsened and lead to violence, to the American psychologist Craig Anderson and his “General aggression model”. It draws a direct line from the violent game on violence in reality. Anderson’s idea is today more influential, but its “monopoly of force” is losing ground. Studies such as the one of Szycik suggest that the reality is more complicated.

The American psychologist Christopher Ferguson has emerged as a sharp critic of Anderson’s and has been presented with the catalyst model, a counter-proposal. Thereafter, the propensity for violence by genes and early imprints is crucial. Violence in the media, however, has only a small causal impact.

Stress linked to environmental influences in later life to acts of violence, they speed up (“catalyze”). Whether or not someone tends to be in a certain Situation, to Aggression, depends on its predetermined tilt. The violence can be, in a certain way by the Media they use, “inspired”, this is, however, different than in traditional aggression model, not the cause.