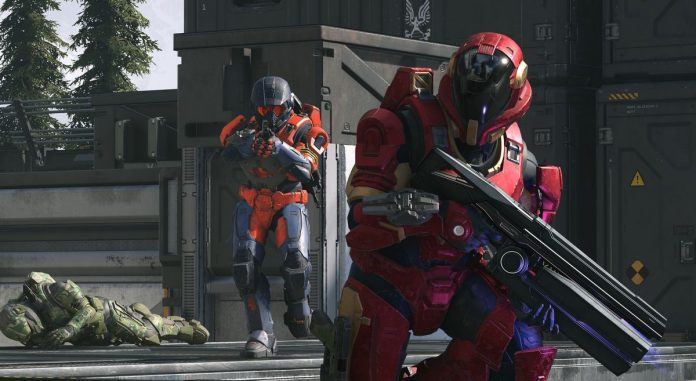 343 Industries wants to let you know that Halo Infinite bots are not teabagging you.

Teabags are one of the most offensive acts in gaming. You must repeatedly crouch and cross your arms over the body you just killed to show how superior you are to them. This teabag has been around since Halo’s debut in 2001. It is now a part of Halo’s culture.

These acts are performed usually by humans and not bots. It seems that bots would be too noble to perform such a barbaric ritual. Perhaps not. During Halo Infinite’s beta last month, videos began cropping up of the bots performing the instantly recognisable action. Reddit and Twitter went crazy for the teabagging AI, leading some to wonder if it was a deliberate choice from 343.

Speaking to Kotaku, 343 has now confirmed that the bots aren’t deliberately trying to teabag you, with the action being a result of a pathing hiccup. A studio representative stated that the bots don’t have any explicit programming to teabag you or taunt your in any way. “Bots are intended to be friendly and fun for players with all skill levels. A feature that taunts a player would not work.”

The bots sometimes have trouble jumping up and down stairs. The bot will then become stuck in an seemingly endless climbing attempt/landing animation loop that resembles the classic teabag.

The spokesperson said that if the behavior was observed near a player’s body or shortly after a kill it could feel intentional. The bot was simply trying to climb the stairs. This could be either a relief, or a disappointment depending on your feelings. It’s amusing to see bots tackle the stupid stuff that has become part of our game, but it can be frustrating for newer players.

Halo Infinite wasn’t the only game that has had problems with its bots in recent times. Back 4 Blood’s beta caused Turtle Rock Studios a bit of trouble, with unfortunate voice randomisation leading to some rather racist zombies.