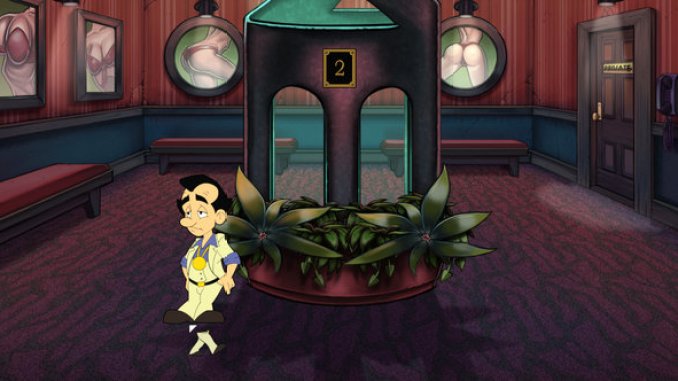 The series’ numbers two, three, five and six are all free. You want to find out what happened to number four? Continue reading.

Al Lowe, creator of the series, wanted to create a trilogy. The third game had an ending that tied everything together. Due to the rush to finish Larry 3, he became sick of it all and stated that he would never make another Leisure Suit Larry 4. Lowe later changed his mind and decided to skip straight to Leisure Suit Larry 5. In which Larry is amnesic and has forgotten an entire series of adventures,

All three are available as direct downloads from Indiegala. While the second and third have traditional text input and plenty of those Sierra game deaths, number five goes full point-and-click and has less dead ends. Is it better? It’s difficult to argue with free, though I don’t think so.