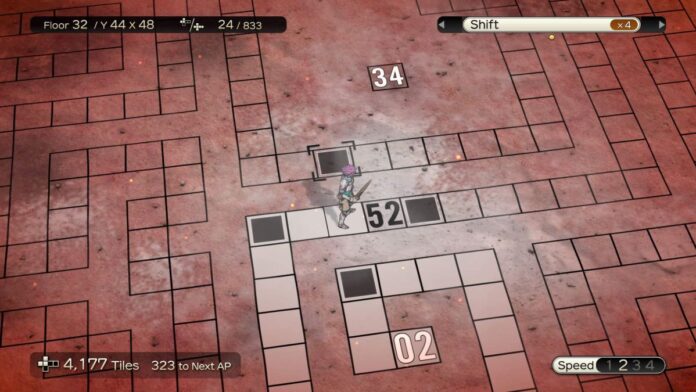 The game in this trailer does not look like a big deal. Really, it looks like the furthest thing away from a big deal: just a tiny, experimental game somehow being published by Square Enix. But to me it’s a bigger deal than anything else Square Enix has made in years—bigger than the Final Fantasy 7 Remake or Final Fantasy 16 or Guardians of the Galaxy. That’s because of one name: Hiroyuki Ito.

I don’t think there’s a game developer at Square Enix with a better resume than Ito, who’s been at the company since 1987, his entire career. Ito worked his way up from a battle designer on Final Fantasy 4 to the director of Final Fantasy 6, second only to series creator and producer Hironobu Sakaguchi. A few years later, Ito directed Final Fantasy 9, and a few years after that, when Final Fantasy 12 was in trouble, he stepped in to co-direct it in addition to directing its battle system.

But after 2006, Ito seemingly vanished within the bowels of Square Enix, racking up a lot of “special thanks” credits and a few battle system credits across 15 years. I didn’t think we’d ever see Ito direct another game, and I definitely didn’t think Square Enix was going to announce one on a random Friday two weeks before it’s available. But here we are: Dungeon Encounters, a dungeon crawler for PC, PlayStation and Switch out on October 14.

Okay, so Dungeon Encounters looks pretty weird. It’s directed by one of the company’s most acclaimed designers and has music by Nobuo Uematsu, but it’s clear from the trailer above that this is a low, low budget game. The game map basically looks like an untextured crossword puzzle, and combat isn’t really animated, though it does have some nice illustrations. This is clearly a dungeon crawler for players who love puzzle-y design and numbers and don’t care a bit about presentation.

Dungeon Encounters has the vibe of a personal project that proved interesting enough for Square Enix to commit the bare minimum resources that it needed to be published, but I’m just happy to see Ito’s name attached to a new game again. Though he directed the best Final Fantasy games in the series’ history, his other design credits over the years indicate he’s always specialized in designing game and battle systems—he’s credited with creating Active Time Battle, for example. A game that strips away everything but the numbers seems like it’s very much his jam.

Dungeon Encounters may hint at Square Enix trying to be a bit more agile, greenlighting smaller, cheaper RPGs to see what works: Yoko Taro’s Voice of Cards is another example coming out soon as well. At $30, I think Dungeon Encounters’ art is going to make it a tough sell, but maybe the pen-and-paper crowd will give it wings.