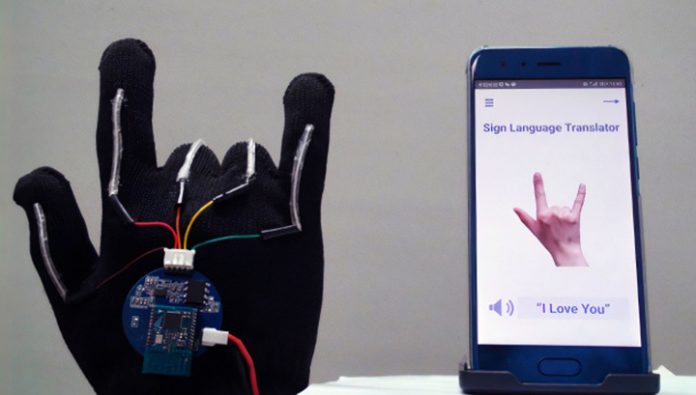 Engineers at the University of California Los Angeles (UCLA) have created an inexpensive high-tech glove that can translate sign language into normal speech. The new development will allow the mute or people with deafness easier to communicate with others.

a Prototype smart glove is equipped with five flexible gauges of conductive fibers that extend along each finger. Round Board, located on the outer side, it receives signals and sends them to the smartphone. Hand gestures denoting individual letters, numbers, words and phrases are detected in real time, and the translation appears in the Appendix.

At UCLA say that the system converts gestures into text at a speed of one word per second. On amslen (American sign language) it can recognize the 660 gestures with an accuracy of 98,63%.

Smart glove to help deaf to communicate with people who do not speak sign language and can also be used for teaching non-verbal method of communication. In addition, scientists are experimenting with sticky sensors to capture facial expressions, which is also part of sign language.