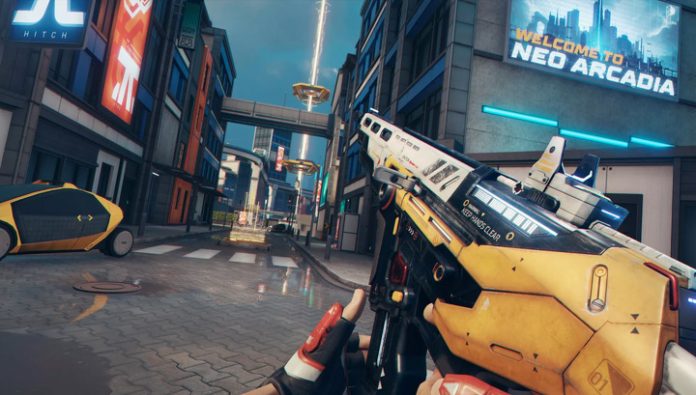 the French company Ubisoft has unveiled a new sci-Fi first-person shooter Hyper Scape. New multiplayer project belongs to the genre of the battle Royal – when the end of the round the living must remain a single person or a team of three fighters. The game will be available for free with in-app purchases on PC, PlayStation 4 and Xbox One.

the Main developer of the Hyper Scape is the Studio Ubisoft Montreal, the creators of the tactical shooter Tom Clancy’s Rainbow Six: Siege and Assassin’s Creed series and Far Cry. Events new game takes place in the distant future, where the power Corporation Prisma Dimensions controls the virtual world of Hyper Scape – like OASIS from Ready Player One film (“the First player to get ready”). In this VR universe regularly holds the tournaments Crown Rush. The players landed in the individual capsules on the streets of a virtual city Neo Arcadia and battle each other for victory. The game can simultaneously engage up to a hundred people.

In the words of the authors of The Verge, in The Hyper Scape has implemented a number of “genuine innovation” that can attract gamers who are tired of Apex Legends, Warzone and the “king” of the genre as a whole. First of all, there are no rare weapons in Fortnite, unique character abilities and gear and kits, compensating health points or armor. Instead, gamers can pick up any weapon, from shotguns to sniper rifles, and, finding the same, to increase its damage and ammo. By pressing the button the gun can be combined, creating more powerful option.

Another innovation of the Hyper Scape is special skills, as weapons, is also scattered throughout the level. Such skills, for example, allow you to temporarily become invisible, to build a wall to shelter or to create a protective sphere.