We never tire of this double candidacy of Sandrine Rousseau in the 9th constituency of Paris. Every time I think about it, I burst out laughing. You must be aware, all the gazettes have talked about it. On the one hand, Sandrine Rousseau, candidate for the legislative elections under the Nupes label, a figure now known in the French political landscape, a skilled wokist, happy wife of a deconstructed husband. On the other, Sandrine Rousseau, candidate in the legislative elections under the label of the Mouvement de la ruralité, Norman childcare assistant and defender of rural France.

This hilarious homonym does not make the Nupes laugh, which speaks of electoral scrambling, crimes against democracy and attempted destabilization. I think they go a bit overboard. If it can reassure them, their Sandrine Rousseau is inimitable, there is no risk of confusing her with anyone else, even with Sandrine Rousseau.

In a pinch, I’m willing to concede that the situation is irritating, in that all the time spent having fun with its absurd side – as I am doing now – is not spent thinking seriously to the proposals of the candidate Sandrine Rousseau. On the other hand, I wonder if it isn’t better for her, and if what she presents as sabotage isn’t rather a blessing.

The Sandrine Rousseau duel makes me think that political life would be more fun if homonymy were widespread there. Homonymy, an inexhaustible vein of gags of all kinds, a golden spare wheel for scriptwriters at a loss for ideas, would give magnificent results in politics, because of the strong opinions that are given way there, and the bellicose tone that we employ there.

It would obviously be a mess, but we would draw philosophical lessons from it on the relativity of opinions, on the fact that no one is unique or irreplaceable, and on the mysteries of destiny which drives people apart through ideas whom it has brought together through the name. This would be an opportunity to quote, too, the magnificent sentence of François Caradec: we all have the same last name, except for a few letters.

As for the voters, they would derive a subtle pleasure from it, that of being able to openly display their preferences while remaining ambiguous. If I lived in the 9th district of Paris, I don’t think I could resist it: I would say loud and clear that I vote for Sandrine Rousseau, regretting in passing that there is not a third. 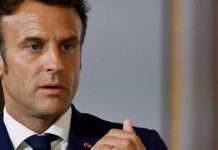 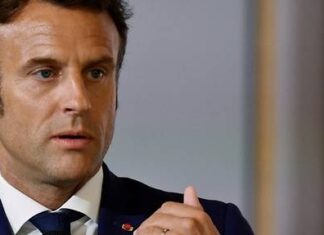