Former LR presidential candidate Valérie Pécresse has completed her call for donations and collected the 5.1 million euros needed to plug the hole left by her crushing defeat in the first round, said those around her, confirming information from the Parisian.

Valérie Pécresse, who had until May 31 to raise these funds, received 3.3 million donations from individuals, said this source.

Added to this are 1.2 million euros contributed by Les Républicains, as well as 600,000 euros paid by the State because of its score below the 5% mark, paving the way for reimbursement of its campaign costs. .

“Objective achieved, the call for donations is completed and the reimbursement of campaign costs too”, she summarized.

Valérie Pécresse had collected only 4.78% of the votes in the first round of the presidential election for which she had “personally indebted up to five million euros”.

She had launched the day after her defeat an appeal for donations, and then relaunched her appeal by invoking “those who share (her) convictions” but also those who, “for fear of extremes have chosen the useful vote from the first round ” .

Former head of state Nicolas Sarkozy, who had not supported her during her campaign, made a donation of 2,000 euros which had been refused by the candidate.

“She does not ask for charity, but solidarity and friendship. She is a woman of honor,” said those around her. 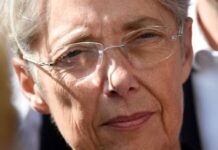