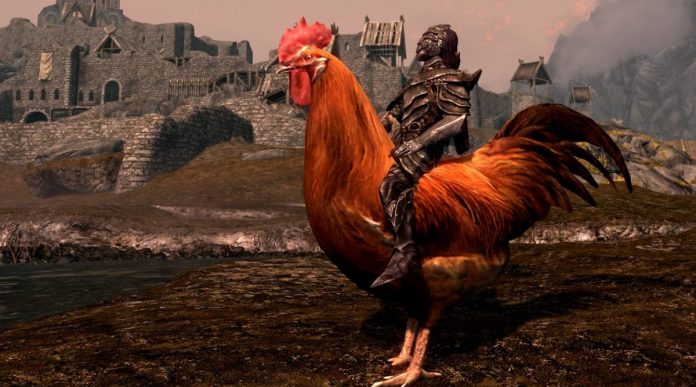 Files will be archived, hidden and not deleted in order to strengthen Nexus Mods’ ‘collections” feature.

Mod repository Nexus Mods announced a change to its policy regarding the thousands of mod files it hosts. Modders uploading mod files to the site won’t be able delete them starting in August. Modders will instead be able only to archive the files and hide them from the public.

You’re not the only one who thinks that this is a bizarre policy decision. Some modders are furious. Even if it isn’t a popular decision, there is a reason. Since 2019, Nexus Mods has been working to create a feature called “collections”. Each Nexus Mod user will be able to create and share collections of mods.

The Nexus Mods blog has a long post that states, “The goal of the project our team are working on is to make modding easier so that the average user can spend more time playing modded games and less worrying about mod conflicts.” A mod user can create a curated mod list using Vortex (the Nexus Mods Mods mod manager) and upload it as a collection. This list could include mod load order, hotfixes and patches used, conflict resolutions and so forth. This collection could be added by another Vortex user. Vortex would then download and install all of the items on the list.

This sounds like a useful feature, especially considering mod lists for Skyrim can number in the hundreds. It would be great to be able share these lists with other users. Nexus Mods states that collections must be protected from modders permanently deleting their files in order to function smoothly.

“For our collections system, this means that regardless of how careful and hard work has been put into curating an assortment of mods, once a mod author deletes one or more files from that collection for whatever reason, the collection is effectively and immediately ‘dead’ until the curator can replace the file or remove it.”

Nexus Mods has come up with a solution. Mod files uploaded to Nexus Mods can no longer be deleted. A modder who wishes to have their files deleted will be able only to archive them. Although the files won’t be made directly available or downloadable by users or displayed on the site for display, archived files can still be accessed through the collections feature.

Although I am a frequent mod user, I don’t consider myself a mod author. However, collections is a wonderful feature that’s still not yet available. It’s easy to understand why mod authors are upset. While it can be frustrating to see a long chain break because a modified mod is deleted, it seems intuitively that modders should be able to delete their mod (just like ModDB and the Steam Workshop, which both have mod collections).

Modders can nope out Nexus Mods. Modders can request the deletion of their mod files up until August 5. Nexus Mods is looking into the possibility of a system that allows broken files to be deleted on a case by case basis. Nexus Mods administrators can also delete mod files if they violate its rules, such as using assets from another author and without permission.

Some modders aren’t just concerned about deletion. Some modders are concerned that collections could lead to users moving away from individual mod pages, where modders can collect donations, in favour of using a collection, which may result in fewer donations. Some people would prefer the ability to choose whether their mod is included in a collection. However, Nexus Mods states that there won’t be an opt-in system. This is because modders won’t be able delete files and could “torpedo” the collection system.

Some modders have pulled their work completely from Nexus Mods, like a Skyrim or New Vegas modder who uploaded his mods to ModDB. He called Nexus Mods “a gold mine of thieves.” Another modder plans to delete their mods, but may re-upload them once they see the situation. He said, “I would like to have a Mod-Collection in here, but also to have all of the freedom I had being a mod-author.”

The new policy seems to be accepted by most modders. Reddit modder, who was included in modlists of Wabbajack, an Skyrim modlist administrator, said that “Curated, high quality modlists” are the best thing to Skyrim modding.