At a time when Disney formalizes the arrival of a mini-series following the adventures of a young Muslim superheroine, Netflix is ​​experiencing an unexpected drop in subscribers during the first quarter of 2022. If the streaming giant has already organized a strategy of reconquest, it is also under attack from billionaire Elon Musk, who estimated in a tweet that “the woke virus makes Netflix unwatchable”. What about Generation Z, the platform’s main target and officially known for their “tolerance” and taste for progressivism? On social networks, more and more of them are being quite acerbic in the face of an inclusiveness that would ring false.

Nelson, soon to be 17, is a big fan of the Netflix platform, whose content he happily “binge-watches”. The Seine-et-Marnais high school student, a fan of TV series, nevertheless seems annoyed when he talks about the new features of the platform. “Now I watch anime and old series, otherwise I feel like I’m on Instagram or Twitter,” says the teenager. The reference to social networks, Nelson explains it by an “overdose” of denunciations and commitments which would prevent him from achieving what he wishes: to escape the time of a few episodes.

In the series Funny, Aïssatou and her sister are arrested by white and racist police officers while leaving a luxury store with their purchases. At this evocation, Nelson shows a TikTok video that would have “buzzed” and illustrates his words: viewed more than 240,000 times, the TikTok titled “the overused inclusivity in the series” shows a man and a woman attempt to defuse a bomb.

Is it really useful to the story, all this information?

“This bombshell makes me think what a bombshell my girlfriend is, just like any woman of any build,” argues the spy, under the puzzled eyes of her partner. “Yeah, I’m a lesbian!” And my girlfriend is black! Be very careful of that bolt to access the detonator,” she adds, deciding to gender the bomb by the pronoun “iel” under the boy’s sighs. “Is it really useful to the story, all this information?” he adds. Bronel, young director, unleashes comments by this TikTok. Nearly a thousand young users agree with him, as evidenced by the comments “Netflix series be like” or “summary of Netflix series since 2018”.

Eliot is 17 and insists that he himself is gay. Wishing to join a district conservatory in order to become an actor, the high school student likes to debate with the members of his theater troupe who are fans of the series they watch. “I like LGBT content on Netflix, but what bothers me is when the info on sexuality falls like a hair on the soup. It feels like it’s fake and we’re just ticking boxes: That’s it, we have our gay character,” Eliot quips. The teenager gives us as an example the character of Robin in Stranger Things, whose coming out seems to him “useless for the plot”: “They have their lesbian, they can say that their series is inclusive, even if it does not have no interest, and they can put on the LGBT flag for their promo,” Eliot sneers.

Statements corroborated by Anna, 18, a history student. A committed feminist, Anna is as acerbic as Eliot when talking to us about the content of recent Netflix series: “Netflix series at the moment are very focused on representing all categories: gay, polyamorous, bi, cisgender, etc. to the point that it becomes the main traits of the characters’ personalities,” the student explains. For her, if inclusivity is important, the series end up moving away from a reality.

“In Ginny and Georgia, for example, the characters are either black, Asian, deaf, lesbian, and you forget about their personalities because their characters revolve only around their belonging to a community. A couple of characters even argue about how many minorities they each relate to and who is more oppressed,” Anna laments. Moreover, the student points out that the feminism of the characters in the Netflix series does not focus on the fight for equal rights between men and women but rather on the fact that the characters define themselves as feminists: “The series promote the feminist category or identity rather than the struggle itself in the actions of the characters,” Anna concludes.

Anna, Eliot and Nelson’s analyzes echo the work of Darnell Moore. In charge of inclusion, the intersectional, anti-racist and queer activist indeed occupies within the Netflix company the position of vice-president of the platform’s inclusion strategy. Virginie Martin, political scientist and author of the book The Discreet Charm of Series (Humensciences editions, 2021), addresses issues of inclusivity in TV series in several chapters. She reacts to the comments of the young users: “The gay character would always have to be gay for something, yet when they are classic heterosexuals, it does not add anything to the plot either. »

It’s marketing, everyone has to recognize themselves.

For Virginie Martin, the will of the series to deceive all categories of people is part of diversity washing: tackling systemic oppressions by featuring characters from diversity. “I’m not naive, it’s marketing, everyone has to recognize themselves. In our society, everyone has become the agency of themselves, we work for our recognition and we want to express our identity. In other words, everyone has their own importance and the screenwriters carry the good word. You have series that are universalist, but inside everyone will be able to recognize themselves. »

Like debates demanding that transgender characters be played only by actors who are themselves transgender, can’t one ultimately be able to enjoy a show without identifying with one of the characters?

The method of electing deputies, a sea serpent

Legislative: these deputies who decided to take off

We must save the soldier Antoine Griezmann

Legislative: what is at stake in the ballot box 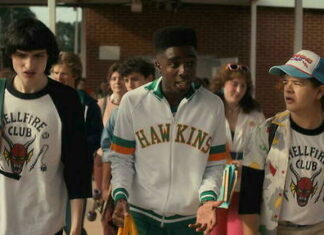 News Editor - June 11, 2022
0
At a time when Disney formalizes the arrival of a mini-series following the adventures of a young Muslim superheroine, Netflix is ​​experiencing an unexpected...