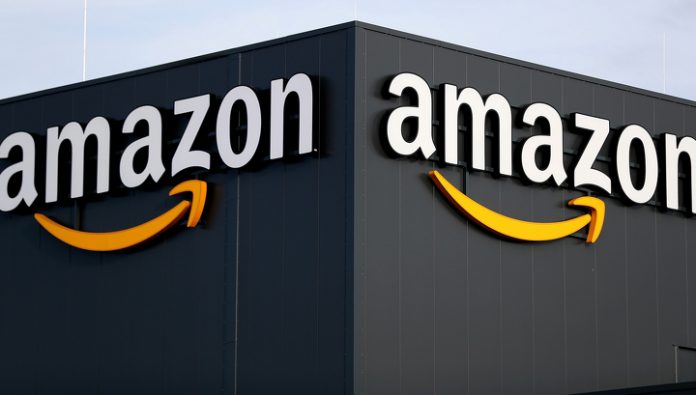 Corporation Amazon has announced that it will impose a one-year moratorium on police use of its software for face recognition, which is a serious change of course for the company, which was one of the most ardent supporters of the controversial ethical sense of technology.

the Company will suspend use of the software in law enforcement agencies, to give lawmakers time to regulate the technology of face recognition which for years has sparked controversy and which Department of Amazon’s cloud computing often got into trouble.

this step Amazon has decided in the midst of protests against the cruelty and bias of police after an officer killed an unarmed black George Floyd. The facial recognition technology was shown in experiments, when it was difficult to identify people with dark skin, reminding of activist groups that in the past the government is too actively interfered in the Affairs that violate civil liberties.

Amazon Web Services, a division of cloud computing in 2016 has released Rekognition, a software service designed to identify objects in photos and videos, including the ability to map the face image in the database, without wasting time on manual comparison of images.

Rekognition is not the only such software. Amazon competitors such as Microsoft Corp. and Google, has developed a similar software. The American Union of civil liberties (ACLU) has tested a facial recognition system Amazon Rekognition and came to a disappointing conclusion.

In the experiment, the facial recognition system Rekognition has been downloaded pictures of all 535 us congressmen who in the future were compared with public database of 25 thousand photographs of earlier detainees. Despite the absence of Parliament on 25 thousand images, technology ranked as the criminals 28 congressmen. Andeat of these, 39 percent African — American, which caused particular outrage of the American Union of protection of civil liberties. In the list of “criminals” wrongly got and member of the U.S. house of representatives, a civil rights activist John Lewis.

“We’ve advocated that governments set stricter rules governing the ethical use of face recognition technology, and in recent days, the Congress appears ready to accept this challenge,” said the company. “We hope that this one year moratorium will give Congress enough time to implement the relevant rules, and we are ready to help if asked”.

the bill on a large-scale police reform, introduced on Monday, includes a provision that offers to block in real time analysis of face recognition on CCTV in the Federal police.

According to Amazon, other organizations, including those that use face recognition to combat human trafficking can continue to use this software. The recognition software runs on the Amazon servers and delivered to customers in the form of the Internet service, which in theory, makes it easy to suspend the police access to the platform. It’s unclear how many law enforcement agencies used Rekognition. In an interview for PBS Frontline investigation that aired earlier this year, AWS chief Andy Assi stated that he did not know the total number of police departments using Rekognition.

Amazon has long wanted to give in to outside pressure, claimed that her studies of artificial intelligence systems, which were identified inaccuracies, did not reflect adequately the features of the software. The company also said that there was not a single case of abuse Rekognition on the part of law enforcement, although the possibility of Amazon audit the use of the software is limited to encryption and policiesOh AWS banning the study of data about customers.

In the end, Amazon has offered its proposals for the possible regulation of facial recognition, but have resisted calls for a moratorium on its use in such cities as San Francisco, where they began to impose restrictions on the technology.

Other developers of technologies of face recognition have acted more cautiously. Google Cloud Platform has stopped the sale of services recognition of individuals as ready service, stating at the end of 2018, the company wanted to provide more time to work on “important technology and policy issues”. International Business Machines Corp. earlier this week, said it also will no longer sell the software for General purpose pattern recognition and analysis entities. the company’s CEO Arvind Krishna said that the company opposes the use of technology, including facial recognition, mass surveillance, racial profiling or violations of basic human rights.