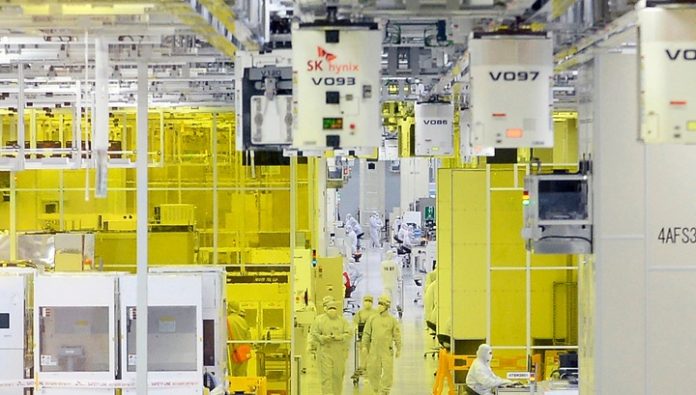 However, while the representatives of the two Korean companies deny reports. In Samsung said that the meeting with Huawei was conducted, and Hynix did not give explanations.

Huawei, the world’s largest provider of telecommunications equipment, is one of the five largest customers, Samsung and SK Hynix, spending about 10 trillion won ($8.1 billion) to buy two South Korean companies of flash memory chips DRAM and NAND, according to the publication.

According to media reports, Huawei is also in talks with MediaTek and Unisoc. The Chinese manufacturer already has successful experience of cooperation with Mediatek. Recently, representatives of the Honor sub-brand Huawei officially confirmed that they will start using 5G MediaTek processors in new smartphones. This media statement was made by the President, a business unit of Huawei Min Zhao after the presentation of the model of Honor X10.

a Top Manager stressed that the company has built a good relationship with MediaTek and intends to strengthen this cooperation in the near future. Chips are already used in some budget machines of the brand (for example, MediaTek Helio P35 in Play 8A), but now they can translate and models of the middle class.

However, it is worth noting that the chips and Mediatek Unisoc and also are manufactured by TSMC, which, under US pressure, refused to cooperate with Huawei. This plan looks promising Samsung, which has its own production. But Samsung has a plant in the United States, which could also be threatened by sanctions.

Recall, Huawei is looking for manufacturing partners amid growing pressure on global suppliers of technology from the United States. The administration of the trump updated export rules. Now every semiconductor manufacturer that uses American equipment prohibited postto ablate products Huawei without the permission of the US government.

while manufacturers of memory chips do not fall under the restrictions of the U.S. government, Huawei is concerned that the administration trump can expand your limits later, the report said the Korea Economic Daily. As the two South Korean companies supply more than 70 percent of DRAM memory chips worldwide, their inclusion in the new restrictive lists the United States will threaten the survival of Huawei.

the Paper quoted an industry representative, who wished to remain anonymous, claiming that Huawei is rapidly increasing stocks of its memory chips in preparation for the worst-case scenario.