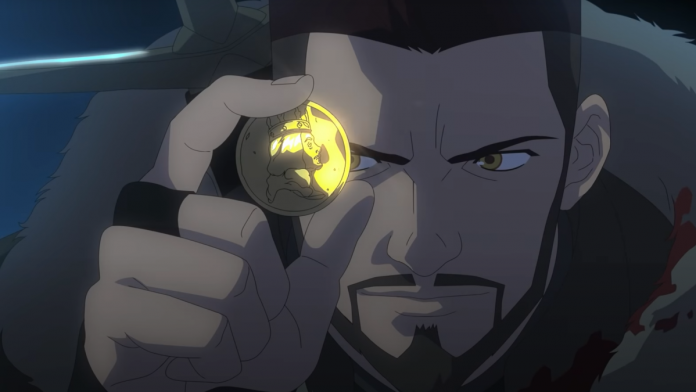 A full trailer for The Witcher is available ahead of the premiere this month.

Geralt seems to be not the only Witcher who enjoys a long soak in the tub. Old man Vesemir scrubs up just as nicely in the latest trailer for The Witcher: Nightmare of the Wolf–though it appears he’s a little too shy to put his feet up like our iconic tub lad.

The new trailer for Netflix’s anime adaptation of The Witcher Nightmare of the Wolf gives us a closer look at the prequel. It is very similar to Netflix’s Castlevania in terms of sarcastic monster hunters, buckets full of blood, and a lot more.

We see Ves’ transformation into Witcher and his subsequent life as a Beast-Slaying Mercenary. This is a comfortable life interrupted by a plot against Witchers to attack them. We get a glimpse at a fight between soldiers & Witchers at Kaer Morhen.

Nightmare of the Wolf, despite its Castlevania-like similarities, is being produced in South Korea by Studio Mir. You might recognize Studio Mir from Nickelodeon’s Avatar: The Legend of Korra or Netflix’s Voltron: Legendary Defenders. The Witcher: Nightmare of the Wolf premieres August 23.

The Henry Cavill-starred live action Witcher series continues to build momentum for its Season 2 debut in December. Last week, Netflix confirmed that the first episode will be an adaptation of A Grain of Truth, one of the first stories in Andrzej Sapkowski’s The Last Wish anthology.