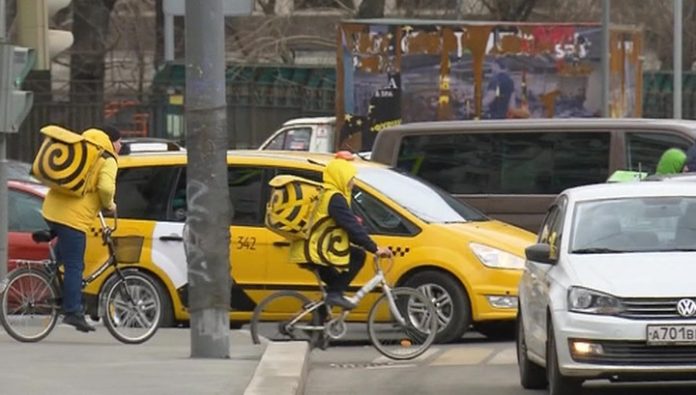 Yandex may buy a stake in Uber their joint venture “Yandex.Taxi” instead of the IPO units, reports Bloomberg, citing sources familiar with the situation.

“Yandex” wants to buy 38% stake in Uber “Yandex.Taxi,” said the source Agency on condition of confidentiality because the discussions were private. As of March 31, Uber estimates its share of the joint venture of $1.24 billion.

Press Secretary of “Yandex” reported that the company is constantly considering various options of restructuring of ownership in joint ventures and is open for discussion of this issue. Press Secretary Uber declined to comment.

the Discussion is at an early stage and may not lead to a transaction, and “Yandex” can still hold an IPO of its taxi business in the future.

coronavirus Pandemic struck the taxi market, shares of companies Uber and Lyft Inc. fell, putting pressure on the rating other companies planning IPOs. Against this background, “Yandex” considers possibility of restructuring the company, given that it carsharing business, which currently is not part of a joint venture with Uber, can complement the taxi service, said one of the informants.

Uber has combined its operations in Russia and neighboring countries with “Yandex” in a deal worth $3.8 billion, closed in February 2018. Subdivision, legally known as MLU BV, in the past year has attracted banks, including Goldman Sachs Group Inc. and Morgan Stanley to prepare for a dual listing in Russia and the United States. Potential assessment from $5 billion to $8 billion depending on the final composition of the business and investor demand, reported Bloomberg News in October.

In 2011, Yandex launched its search service for new clients to increase revenue, onby web advertising. Since signing a deal with Uber, “Yandex.Taxi” has expanded its activities to other types of businesses, such as grocery deliveries and self-driving cars.

According to the company, in April, revenue increased by 49% in the first quarter and made up 24% of the total sales of “Yandex”, despite the fact that in conditions of uncertainty caused by the pandemic, she dropped the revenue forecast for this year.