The opposition to the Auvergne-Rhône-Alpes regional council denounced on Wednesday May 25 the abolition of four million euros in subsidies to 140 cultural actors, a change of course that the camp of President LR Laurent Wauquiez “assumes” by evoking ” reorientations”. According to an estimate by the environmental opposition to the region, at least 3.9 million euros have been “redirected” in 2022, a figure which could not be confirmed with the region.

Before a vote by the Regional Permanent Commission, which endorsed a large part of these “reorientations” on Wednesday, some sixty cultural actors had expressed in an open letter their “deep concern” at the budgetary choices adopted “without preparation or dialogue “, pointing to an “unacceptable method”. In a press release, the region chaired by LR Laurent Wauquiez indicated “assuming” these arbitrations, according to it in particular directed towards “territories furthest from the cultural offer”, while “60% of the regional cultural budget was directed towards regional cities and large institutions”.

Sophie Rotkopf, vice-president of the Regional Council in charge of culture, told Agence France Presse that “some reorientations are temporary, while others are more permanent, like for the Opéra de Lyon”, which loses for example 500,000 euros, or 18% of its allocations. “It is logical that cities and large institutions have more subsidies, but not in these proportions”, she assures, arguing also that “the budget dedicated to culture has not changed”, at 61, 9 million euros.

In addition to the new “budgetary guidelines” of the 2022 budget, the region is setting up a “Covid fund” for structures weakened by the health crisis, initially endowed with 500,000 euros, and will develop a new system of calls for projects, which will be presented in the fall. The rebalancing voted on Wednesday finances 18 local players for a total of 207,300 euros, i.e. with the “Covid fund” around 17% of the total subsidies removed.

In Lyon, the most significant decreases affect the Biennial of Contemporary Art, which is due to open in September (-253,000 euros, or -34%), the Villa Gillet, which manages literary programs (-350,000 euros, either -100%), the Maison de la Danse (-180,000 euros, or -47%), or the cultural place of “Subsistances”, (-150,000 euros, or -53%). The environmentalist mayor of Lyon Grégory Doucet protested against these “brutal” cuts representing, according to him, nearly 2 million euros for his city alone, criticizing an “executive who behaves like the far right” towards artists.

In response, Laurent Wauquiez denounced the “totally caricatural posture” of the elected green, according to him “always in extremism and in ideology”. The only concession, the Region reversed its decision to remove all of its subsidy (35,000 euros) to the Tony Garnier museum. This museum dedicated to architecture and social housing had announced its imminent closure, after having received an official letter informing it of this cut.

In Grenoble, another environmental town hall, the cuts affect more than half of the cultural actors subsidized by the region, with a budget reduced from 1.88 to 1.34 million euros between 2021 and 2022. The Orchester de room (-100,000 euros, i.e. -100%) or the Maison de la Culture (-120,000 euros, i.e. -25.5%). “We understood that Grenoble and Lyon will be punished throughout the mandate for having voted environmentalist in the municipal elections, there is no doubt that there is a political bias”, lambasted Wednesday Enzo Poultreniez, secretary general of the environmental group at the region.

Among the major projects carried out by Laurent Wauquiez since his election as head of the region in 2016, there is notably the tourist development of the Gergovie site to “pay homage to Gallic civilization” or the renovation of the Museum of Fabrics in Lyon, dedicated to the local textile tradition.

The mayor of Lyon, for his part, attributes to culture “a key role in the development of imaginations for a successful ecological transition”. Its municipality is organizing a new festival “Entre Rhône et Saône” in July to celebrate biodiversity and water. 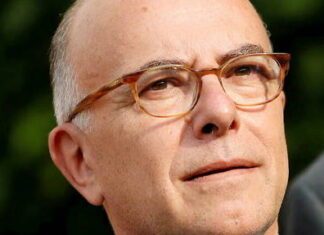