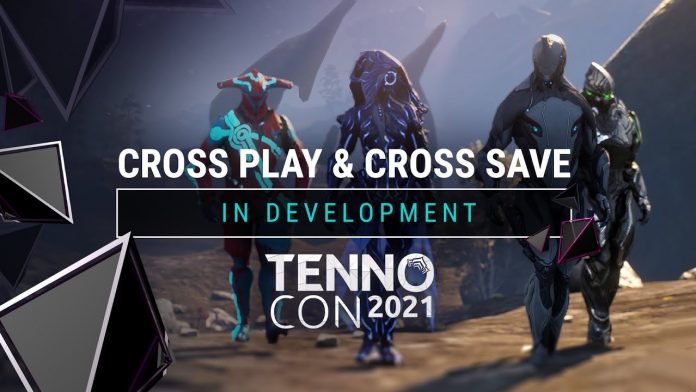 Although the feature is still under development, it will soon be available.

Warframe finally gets crossplay and cross-saves after years of requests from its fans. This means that Warframe’s player base won’t be affected by which console they are playing on. Warframe’s console update (which will begin with The New War later in the year) will be happening simultaneously with the PC upgrade. Digital Extremes is also developing a mobile version for Warframe.

TennoCon 2021’s keynote presentation revealed Warframe’s cross save and crossplay functionality. This will allow players to seamlessly transfer their accounts from one platform or another and matchmake with other players on any console.

Sinclair suggested that the problem lay not only in Warframe and its often wildly different expansions but also in crossplay between the platforms. Sinclair did not name any names but Sony is notoriously reluctant to allow Xbox and Nintendo players to team up with PlayStation users.

Cross-play is coming soon, so it seems that this all is a moot point. This is a great news for Warframe players who have been playing since the beginning. Although I prefer to play Warframe on a PC, the ability to play Warframe on my Switch on vacation or on my Xbox from my living room couch is amazing. While I don’t think Warframe will be as good on my phone, it is nice to log in and do less-intensive tasks such as selling items on the market or tinkering on my builds.

It’s great to be able to play with my friends on any platform. “Community is an incredibly important part of us and opening Cross Play and Cross Save are just one of many efforts we’ll make to bring more players together, including expanding Warframe’s fast and fluid action combat experience to other gaming platforms,” Digital Extremes COO Sheldon Carter stated in a press release.

Digital Extremes has not yet announced when the feature would be available, but they say that it is working to finish the feature. This announcement is only one of many big ones from Warframe’s TennoCon 2020 fan festival. Keep checking back as we will have more information as the presentation progresses.