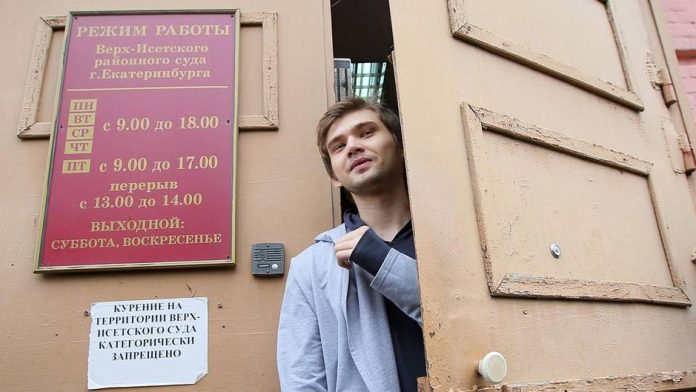 A Blogger who had played in a Church “pokemon Go”, has been sentenced by a Russian court to three and a half years in prison on probation. With his action, Ruslan Sokolovsky have hurt religious feelings, reasoned the court in the Ural metropolis of Yekaterinburg on Thursday the verdict. The prosecution had requested three and a half years of imprisonment in a camp. Sokolowski protested his innocence.

Sokolowski had made in the summer of 2016, a Video Clip on the Internet. In it is to see how he plays in an Orthodox Church of the Smartphone game “pokemon Go”. In the game, is wanted on real roads and buildings to the virtual characters.

“I think it’s almost an acquittal”, said Sokolowski. “I’m glad I’m staying in freedom.” The 22-Year-old announced that he would now work for the mayor of Yekaterinburg, Yevgeny Rojsman,. Rojsman had used in the procedure for Sokolowski. Human rights activists have criticized the process.

Sokolowski had turned to be a “Pokémon”Video in the blood of the Savior Cathedral, the largest Church of Ekaterinburg. At the site of the present Church in 1918, the last Russian Tsar Nicholas II and his family were of the Bolsheviks murdered.