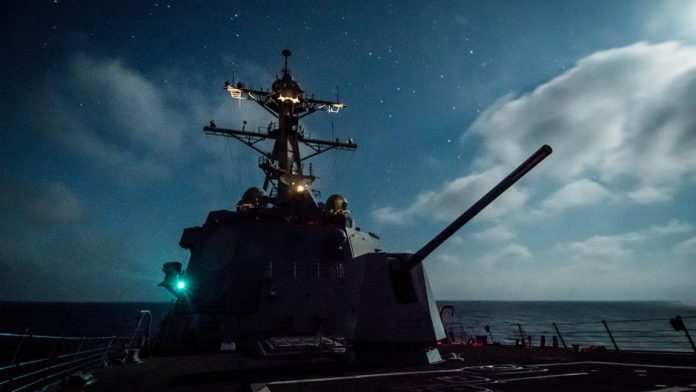 Originally, the ammo was designed for a new Generation of weapons. You should be fired from an electromagnetic Railgun. Now it was converted for use in a classic ship’s cannon. As it is now being accelerated by an exploding propellant charge, the weapon is not a Hyper-sonic speed, but still three times the speed of sound and a range of approximately 40 nautical miles. In the case of a Railgun, it would be nautical miles, six times the speed of sound, and 100.