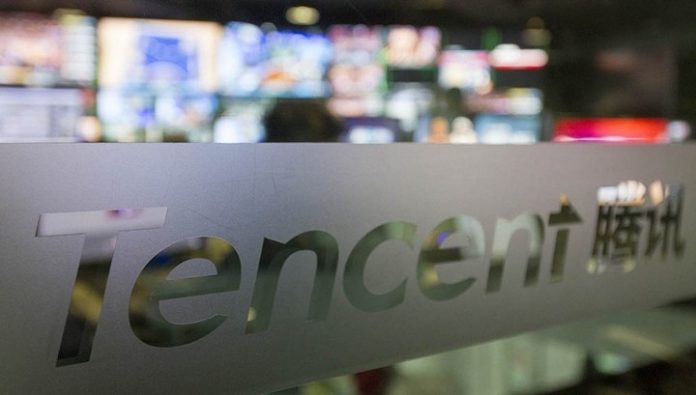 Chinese technology giant Tencent Holdings over the next five years will invest 500 billion yuan ($70 billion) in the IT infrastructure, including cloud computing, artificial intelligence, and cybersecurity, the company said on Tuesday.

In China there has been increased demand for software for business and cloud services. The announcement was made after last month Beijing called for technological upgrading of the second largest economy in the world at the expense of investment in “new infrastructure”.

Tencent is most famous for its application for messaging WeChat and a number of popular games, but intends to expand its activities on business services with the slowdown of growth of the consumer Internet and the transition of companies to cloud services.

After this announcement, shares of Tencent rose 2.5%.

Tencent said that companies working in the field of cloud computing, suffered during the outbreak COVID-19, but in the long term, the company expects accelerated adoption of cloud services and enterprise software in the offline industry and the public sector.

the share subdivision of Tencent cloud Cloud accounted for 18% of the market for cloud technology in China in the fourth quarter. Tencent inferior to Alibaba Group Holding Ltd, which took 46.4% of the market, according to research firm Canalys. Alibaba said last month that it will invest 200 billion yuan in its cloud infrastructure within three years.

Beijing will intensify efforts to become a leader in key technologies, planning the infusion of money for the development of everything from wireless networking to artificial intelligence. According to the plan approved by the General Secretary of the CPC Central Committee, XI Jinping, within six years China will invest about $1.4 trillion in the development of wireless networks of the fifth generation, the installation of cameras and sensors, as well as the development of software for artificial intelligence that will be the basis for self-driving cars, automated factories and systems of mass surveillance, reported Bloomberg.

it is Expected that the development of a new technological infrastructure will involve mostly local giants — Alibaba, Huawei, SenseTime Group Ltd. etc Forced technological nationalism, coupled with the investment drive will reduce China’s dependence on foreign technology, which resonates with the objectives set earlier in the program, “Made in China 2025”. Such initiatives have already provoked fierce criticism from the administration of trump, with the result that steps were taken to block the growth of Chinese technology companies such as Huawei.

Presumably, the government will announce the funding of infrastructure in the amount of $563 billion this year. The biggest suppliers of cloud computing and data analysis in the country — company Alibaba Group Holding Ltd. and Tencent Holdings Ltd. — are the main actors of the upcoming project. China has entrusted Huawei to deploy 5G.

a New stimulus plan China is likely to lead to the consolidation of the industrial Internet providers and can lead to the emergence of larger companies that can compete with world leaders such as GE and Siemens, says Annan CoE, senior researcher, Bloomberg NEF in Beijing.

China is not alone in the initiative of the infusion of money into the technology sector as a way to get out of postirochnaja economic downturn. Earlier this month, South Korea said that the AI and wireless communications will at the centre of its new programs to create jobs and promote growth.

According to the China center of information industry development, 10 trillion yuan ($1.4 trillion), which estimates that China will spend up to 2025, covers areas that are generally considered advanced, such as AI and the Internet of things and objects such as lines and high speed rail. More than 20 of the 31 provinces and the region of mainland China announced projects totaling more than 1 trillion yuan, with the active participation of private capital, announced on Wednesday, the state newspaper.