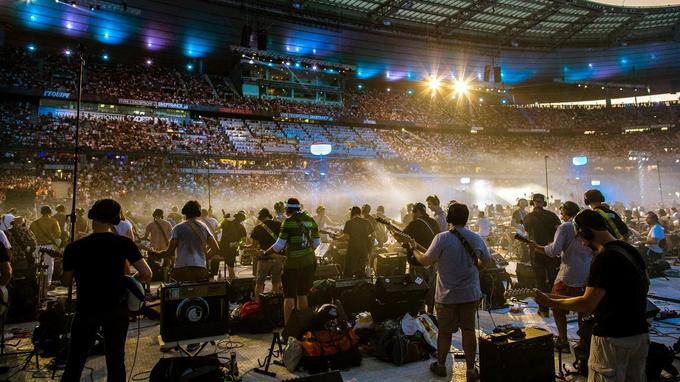 Rockin’1000, it is the concept created by Fabio Zaffagnini, an Italian who decides in 2015 to gather 1000 musicians and / or film to bring the Foo Fighters to his city. The bet is successful. Since then, he continues the mammoth project to bring together enthusiasts for concerts that are more to human performance than to the musical performance. The Stade de France is the third concert of this kind before Frankfurt on July 7. Each musician has brought his personal equipment. All relayed by microphones and wall speakers posted in front of the public. Despite the size of the enclosure, the volume of the sound is sometimes hardly bearable.

In the stadium, more used to receiving groups such as the Rolling Stones, ACDC, U2 or Muse next Saturday, the public is cheering. The crowd mass, which seems to be composed of large numbers of relatives of the players, cheering every new title and yells regularly the names of …