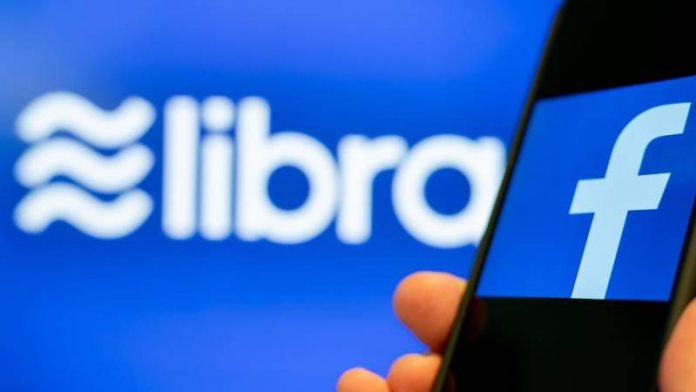 Facebook has presented a few days ago, a concept for the new global digital currency Libra.

Meanwhile, experts have looked at the concept in more detail, so that important questions can be answered to Libra up to the possible dangers to the financial system, and the data of millions of customers.

when will you start Libra?

The official launch is planned in the first half of the year 2020. But even Facebook Manager now acknowledge, there are still many regulatory and legal issues need to be clarified. The old Facebook Motto “Move fast and break things” (Be quick and break rules and Established) does not lead here to the goal.

How Libra can be used?

As is the case with other crypto currencies, one needs a digital wallet (“Wallet”). Facebook will bring out with “Calibra” your own Wallet. You will work as a standalone App, but also in WhatsApp and Facebook Messenger will be integrated. The user can buy Libra classic currencies like the Dollar, Euro or Yen at authorized exchanges and back again.

What is the advantage of have users at all, if you use Libra?

In the first Phase of Libra is primarily aimed at people who want to transfer across borders of money and yet in the traditional financial system is horrendous fees to pay. Another application scenario is the quick Transfer of money among friends, for example, when Splitting a Restaurant bill.

Facebook has driven the concept forward and the first Phase of the development of funded work. Responsible for Libra the Libra Association, but his own consortium. The Association of 28 companies in the Tech and financial sector, including Uber, Paypal, Visa, Masterdard, Vodafone and Spotify. With non-profit companies such as Kiva are. The organization from the United States organised the provision of micro-loans in developing countries.

Gets Facebook with Libra insight into the financial transactions?

Facebook will, in fact, if on the Calibra, WhatsApp or Messenger, money is transferred. The network promises to keep the financial information of its users disconnected and not use it for targeted advertising.

the statement is actually doubted to the public. So, the data protection Commissioner of the German government, Ulrich Kelber warned, in front of Libra. “A group that has such vast amounts of data, should not yet have Details of payment behaviour,” said Kelber, the “Kölner Stadt-Anzeiger”. Facebook have not promised, the transaction data with other data. But: “If we are the good Facebook’s want-dependent, I would advise against it, to trust it,” said Kelber. During the merger of Facebook and Whatsapp had not kept the company on its Commitments.

And what the traditional banks my?

so Far, the big banks keep up with public opinions. But there are also financial experts who talk about the clear text and the move to a digital world currency is massively criticize: “Facebook has, of course, yet another suggestion,” says Robert Halver of the Baader Bank. “When you get billions of customer data, as you are on the Internet, how you spend money, take out loans, etc., then the data octopus, we have until now, only a small cuddly animal.”

What are the currencies of Europe, guardian of the currency of so-called crypto-maintain?

for the Bitcoin-Hype Central bankers had a clear opinion: A proper currency be such a crypto-Token, it is the control by a Central Bank or a state is lacking, said about the ECB President Mario Draghi. However, the underlying Blockchain technology is “promising” because they allow, for example, to settle invoices directly upon receipt automatically. A number of Central banks experimenting with Blockchain – the Deutsche Bundesbank.

And what is the influential Financial Stablity Board (FSB) says?

The Financial stability Board the FSB believes that a wider use of new types of crypto-Assets for retail payments would require a detailed examination by the authorities in order to ensure that they are subject to high regulatory standards. “The FSB and the standard-setting organisations will monitor the risks very carefully and in a coordinated and, if necessary, additional multi-draw lateral measures.” With the FSB’s opinion, have done well in the hopes of Facebook, Libra will only be regulated gently.

What distinguishes Libra of the crypto-currency Bitcoin?

Bitcoin and Libra differ in several points the Central area. For one, Libra is linked to a basket of well established currencies such as US Dollar, Euro and Yen, and short-term government bonds hedged. This massive price fluctuations as in the case of Bitcoin avoided (“Stable-Coin”). Libra also used in a narrower sense, not Blockchain but a different System of distributed cash books (“the Distributed Ledger Technology”. So Libra consumes only a fraction of the energy that must be expended in “Mining” of Bitcoins.

If the Libra is relatively stable, why the Bundesbank criticized the concept anyway?

Bundesbank President Jens Weidmann’s view, that less volatile crypto-currencies for consumers, pose a risk: “in Particular, the question of how the value of stablecoins guarantees can be.” Stablecoins should be able to find large-scale use, could you Deposit formation and the business model of the traditional banks is undermined, warns Weidmann. This, in turn, could disrupt the payments business, and processes on the financial markets.

Can be used Libra of Criminal abuse?

Yes, at least German Bundesbank Board member Joachim Wuermeling sees this danger: “For example, such platforms may not be a new marketplace to make money-laundering or the financing of terrorism”, warned Mr Wuermeling in a “FAS”Interview. According to the assessment of Bafin-President Felix Hufeld policy would be, supervisors and Central banks in a variety of areas – from monetary policy to money laundering – required, should Libra become mainstream. Basically the question: “How can you assure the state ability to control in the digital world?” Hufeld said.

in addition to the importance of Libra on the financial world?

Yes, that is quite possible. So in two short sentences, the point out in the white paper, the ambitions of the project to go further, to bring billions of people into the global financial system. “A further objective of the (Libra)Association for the development and promotion of open identity standards. We believe that a distributed and portable digital identity is a precondition for financial Integration and competition.” With 2.4 billion users worldwide, Facebook could succeed where others in the introduction of a globally accepted digital ID have failed.