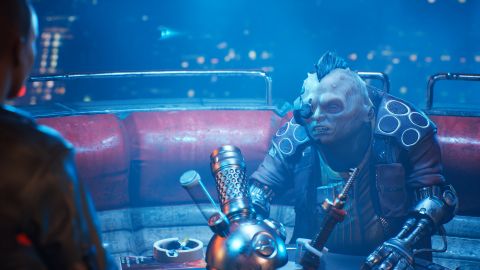 The Ascent has been a great experience around these parts. Andy scored the isometric RPG 84%, citing its breathtaking cyberpunk world and crisp combat. One notable problem was the lack of technical parity between Steam and Game Pass versions. Not only has co-op been a chore while using crossplay, but key graphical features like ray tracing and DLSS were completely absent from the Game Pass version at launch.

Neon Giant, a developer, says that some of these issues are now fixed by a patch distributed this morning to all platforms. The full list of performance enhancements is only applicable to PC versions.

Progression! It’s a shame, however, that DLSS wasn’t included in this patch. We might have to wait a little longer if you are a Game Pass subscriber who is patiently waiting for Windows 10 to become fully featured.

Today’s patch could be the solution to your problems with The Ascent’s coop connectivity. Crossplay should work as it should now, and loading times for non-host players in co-op sessions have been reduced.

There’s also good news about save data: “Introdued a new system that will prevent save files from becoming corrupted.” Corrupted saves are the fastest way to lose steam in an RPG. I’m happy I started the game after patch.