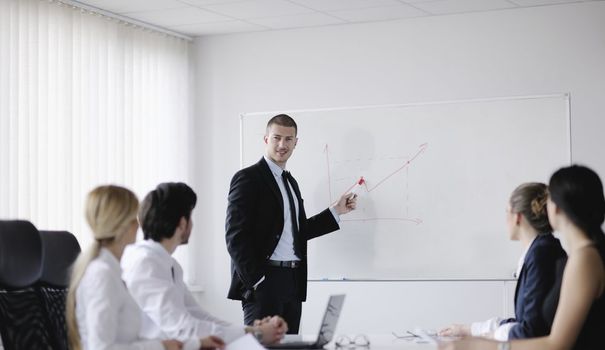 The tendency to “réunionite” among managers is confirmed. According to a survey* Ifop published Tuesday, 92 % of executives regularly participate in meetings, for a total average of 4 hours per week.

READ ALSO >> Seven tips to abbreviate a meeting of the

Especially among men, and especially in the paris region

In the paris region, the average number of these weekly appointments rises to 4.1, compared to 3.2 in the province. It is in enterprises with 5 000 employees and more that it is the highest, at 4.5. He climbs more with the level of salary : those earning more than € 75,000 gross per year contribute almost two times more meetings (6,7) and to longer meetings (86 minutes).

But the excitement doesn’t follow. Only 12 % of respondents believe that “all” of the meetings they attend are “truly productive and effective.”

*this Survey was conducted online from 5 to 12 September 2018 with a sample of 1,001 people representative of the population frame (method of quota).

In summing up, they spend there yet 27 days per year on average, according to a calculation of the site Wisembly, dedicated to business meetings, more than a month of work.

*this Survey was conducted online from 5 to 12 September 2018 with a sample of 1,001 people representative of the population frame (method of quota).