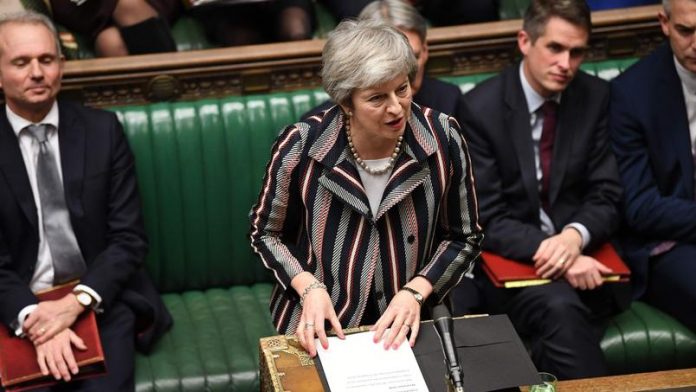 After its goodbyes more or less moved to Twenty-Seven, Sunday, in Brussels, Theresa May has embarked on a new battle of the Brexit home. A blitzkrieg to try and ratify the 11th of December next, by the british Parliament, the release agreement the EU signed with its european counterparts. The party is far from being won: some 80 members of the conservative majority and their ten allies of the Democratic Unionist Party in northern ireland promise to join their voices to those of the opposition to failure. The first minister therefore seeks both to convince the members to change opinion and to put pressure on them by speaking directly to the country.

For the third time in ten days, on Monday, she is down in the arena of the House of commons to fight foot to foot against a heavy fire of objections from all sides. “There is no other agreement than that,” she pleaded, placing the elect in front of their responsibilities. “We …