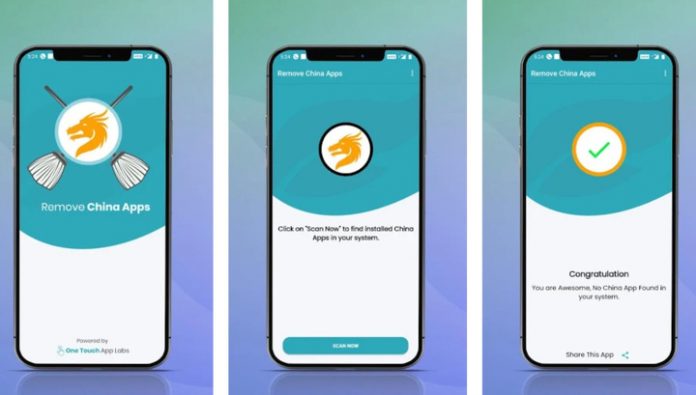 In India is gaining popularity a new app Remove China Apps, the name of which speaks for itself. Utility that offers to scan your Android smartphone for any programs of Chinese development, such as TikTok and remove them.

ten days after the release in may, the new product was downloaded over a million times. Most settings have in India, where Apps Remove China ranked first in the top free apps Google Play store. The data Agency App Annie suggests that the new program is also very popular in Australia, where it holds fifth place in the category of utilities.

Increased interest in Remove China Apps contributed to a rise in tensions over India-China border in the Himalayas. On the background of aggravation of the conflict in India has gained momentum movement “Boycoting China!”, calling for the rejection of Chinese products, including mobile applications.

As TechCrunch notes, a rating Remove China Apps almost perfect – the app has a rating of 4.9 out of 5 “stars” at 180 000 reviews. It users can find out whether it is installed on the smartphone Chinese software, and delete it with one button.

However, it is not clear who was behind the development of Remove the China Apps. The author of the new utilities is the company OneTouch AppLabs, calling itself the “Indian startup”. There claim that they have “more than 8 years of experience in design, development and management of mobile and web applications”, although Remove China Apps is their first product.

Methodology Remove China Apps also raises questions. According to developers, the country of origin of the program is determined on the basis of marketing research, but this approach may not always be accurate. For example, Remove China Apps considers “Chinese” and offers to remove chat Zoom, although it was founded by U.S. citizen Eric yuan, born in China. While clearly the Chinese program, which predustanavlivat on Android smartphones sold in India, the utility does not notice.