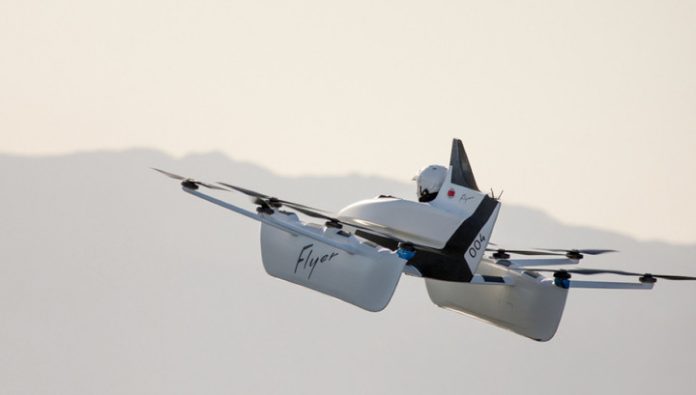 Kitty Hawk Startup, funded by Google co-founder Larry page, turned the development of personal quadcopter Flyer. According to representatives of the company, the single elektroleta has exhausted itself, proving that can be built “aircraft, which fly more easily than to ride a bike”.

this writes FlightGlobal with reference to the CEO of Kitty Hawk, Sebastian Tran and President Flyer Alex Roetter. “Today we close the project Flyer, they said. We found all that we needed – how to design, test and produce a flying vehicle, and most importantly – how people perceive electric aircraft with vertical takeoff and landing”.

Flyer – first draft of the Kitty Hawk – was unveiled in 2018. His goal was the creation of a “flying motorcycle” with intuitive controls, with which anyone would be able to travel daily through the air, relieving traffic from the motorway.

the Flyer was equipped with ten rotors, developed a speed of 32 km/h and can take off and land vertically. For all the time the startup has built 111 of these multicopters, learned to fly 75 people and have conducted over 25,000 tests with and without crew.

Now, Kitty Hawk intends to focus on “personal elektroleta” Heaviside, which was shown in October last year. This model has 8 motors with propellers, it has a range of 161 km and can reach speeds of up to 290 km/h. According to Tran and Roetter, after the closing of the Flyer of their company “will double efforts” to finalize Heaviside.