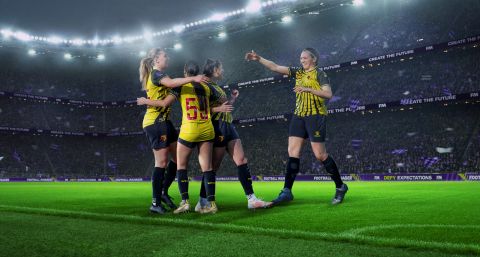 “We don’t have any interest in creating a standalone FM women’s football edition… One sport, one game.”

Sega and Sports Interactive today announced that a multiyear, multi-million dollar project was underway to integrate women’s soccer into Football Manager. This will not be a separate simulation of women’s football, according to the developer. Instead, it will be fully integrated into Football Manager with managers being able “to take control of either women’s or men’s clubs and seamlessly switch between them.”

The studio isn’t releasing a timeframe for the project. However, it stated that their “development team is committed towards ensuring that women’s football is represented as authentically and with the level realism and attention that the series is known for” and will not announce a launch date until that standard has been met.

Miles Jacobson is the studio director at Sports Interactive. She stated that there was no interest in creating a separate FM for women’s football. We are adding women’s soccer to FM… just one sport, one player.

We know adding women’s soccer to FM will cost millions, and the short-term returns it provides will be negligible. This is not the point. We know there is a glass ceiling in women’s football, and we will do our best to break it. We believe in equality and want to be part the solution.

The news is welcomed by major figures in the sport. Emma Hayes, Chelsea FC Women manager, says that women’s football has captured the attention of millions of fans around the world and is making great strides in terms attendance figures and broadcast deals. It is essential that the women’s football game be recognized as an integral part and not a separate entity in order to reach the next level. Future generations will grow up in a world that doesn’t divide football into ‘womens’ and ‘…. It’s all football. We will be able to achieve this goal thanks to the ambitious plans that the Sports Interactive team has for Football Manager.

Hayes is also a history-maker with the franchise, being the first British woman manager of a women’s team to be included in the FM database in 2018.

Jacobson’s written a detailed blogpost talking about some of the practicalities of this work. He starts by explaining why the project is more than just releasing a database for women that works within Football Manager. This would not work because there are many more things to add women’s soccer to FM than just replacing male players with female ones. However, the interesting question of women’s data is one that we should address, so let’s get started.

It will take time to create a global database that covers women’s soccer. It took 28 years to create our existing database. We have a lot more information than we can find in the existing database, especially when we add multiple teams. We will need to analyze every in-game attribute of women’s data and determine how we evaluate it. While attributes like pace, acceleration, and agility will likely remain within the same range, some attributes might require a different scale. These attributes feed into our match engine, so any work in this area (for instance, looking at players’ heights and how it may affect their play, such as making sure they aim shots higher if the goalkeeper is smaller) can be beneficial for the engine.