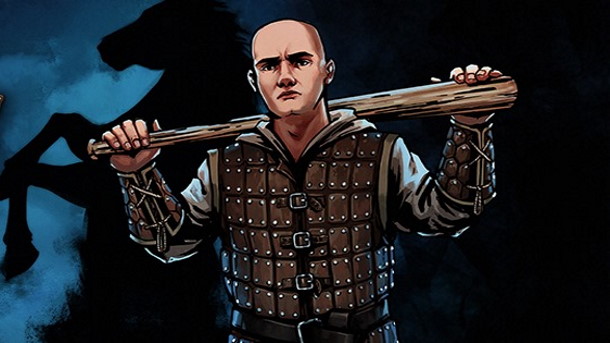 Rustler is very much like an old-school Grand Theft Auto game, in a couple of ways. You’ll be able to commit all manner of crimes and quests in this top-down action game. It takes place in a “historically inaccurate medieval setting” that Jutsu Games calls “humor, anachronisms and pop culture references”.

The Guy is a peasant living in an uncaring world. He must deal with medieval justice and witch hunts. You have the option to complete “twisted” quests and missions, or you can ignore the plot entirely and do what interests you most: Steal horses, cage fight, join the Round Earth weirdos or become a cart-driving race. If you want to really make a name for your self, there’s even a Grand Tournament.

This all sounds ridiculous and it is. The soundtrack of the game, for example, is provided by a bard called “your sweaty personal Radio” who changes the tunes according to the action. You can also punch him in the face to adjust the music. “Form weird alliances, double-cross your foes, and dig up dinosaur skeletons in a light, easy-to-understand, and hard-to-empathize-with story,” the Steam page says.

Rustler has been available on Steam Early Access since February and is set to go into full release on August 31, with new subquests, storylines, safehouses, enemies, animals, and bug fixes, which are listed in full here. The 1.0 update to Rustler is now available on the Early Access beta branch.