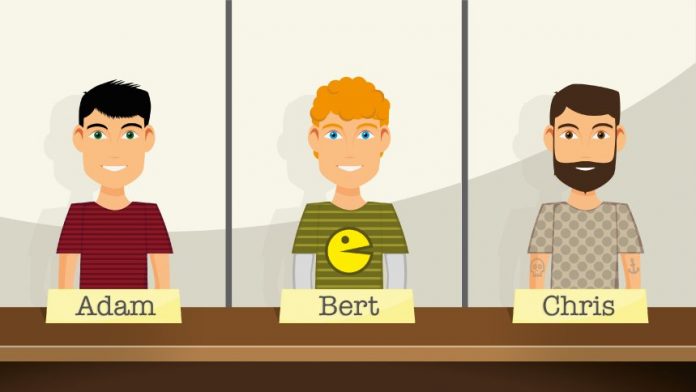 If honest people are living with notorious liars, is programmed the Trouble. On the island, True Lies, the police are trying, with a spectacular theft, to educate. The valuable gold treasure from the Museum disappeared – and it is unclear who the perpetrator is.

After all, the police were able to narrow down the circle of Suspects to three people: Adam, Bert and Chris. One of them is the thief. The police know that at least one of the three, is a notorious liar, and at least one always tells the truth.

it is established that the thief must belong to the ever-lying island residents. Because the honest residents who always tell the truth, not commit crimes.

At the station, it comes to the following conversation:

Adam: “I have stolen the Golden treasure.”

Chris looks over at the two, but says nothing.

the Commissioner says: “The case is solved.”

the Commissioner is right? If Yes, who is the wanted thief?