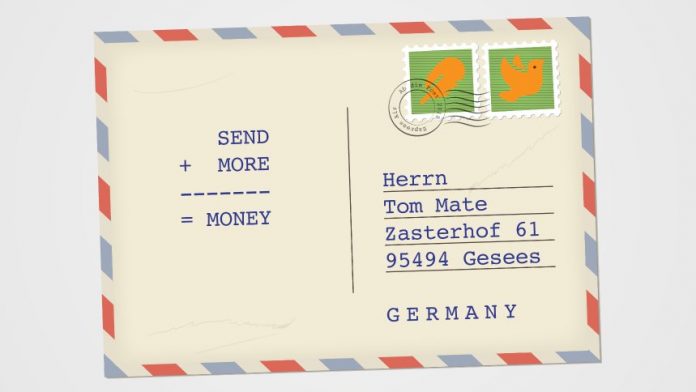 100 years Ago, published a mathematical conundrums on a regular basis in Newspapers and magazines. Among the most well-known authors of such puzzles the Englishman Henry Ernest Dudeney at that time. He worked temporarily with the American author Sam Loyd, whose tasks were in the “mystery of the week” often the subject.

Dudeney published his conundrums, among other things, in the monthly “beach Magazine”. Hence, the following classic which is not solved quite so quickly, as one might initially believe comes.

A Student sends his father a postcard with the following encrypted Text:

this is a so-called crypto-gram. Each letter stands for one of the digits from 0 to 9. Different letters mean different digits.

How much money is necessary to send the father to his son?