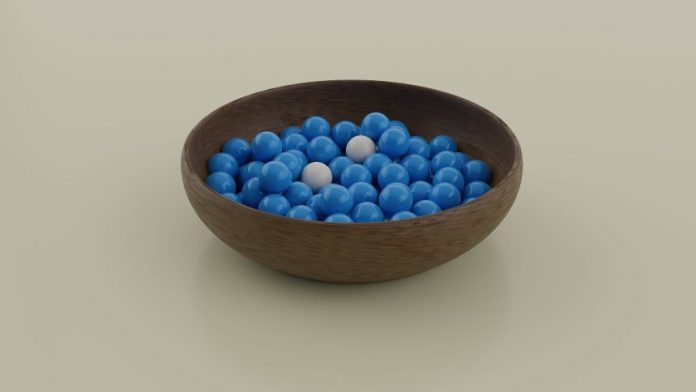 The riddle of the previous week, the cryptogram, found most of the readers very easily. The Problem this week is likely to be somewhat different. It falls in the area of probability theory and has its pitfalls. Don’t give up too quickly!

Here is the task: Antonia has devised a game of luck with blue and white balls. In a Cup, two balls, one is white and one is blue. Antonia pulls randomly, so without looking, a ball from the Cup.

you take a look at the color and places the drawn ball together with a further, same-colored ball in the bowl. These steps are repeated again and again. With each train an additional ball comes in. She’s doing exactly 100 Times, so that at the end of 102 balls in the bowl.

Antonia likes Blue, and she seems to have had great luck. Because in the shell, 100 blue, and only two white balls. So, she has drawn only a single Time a white ball.

when was that? During the first 50 trains per day travelling or during the second 50? What is the higher probability?