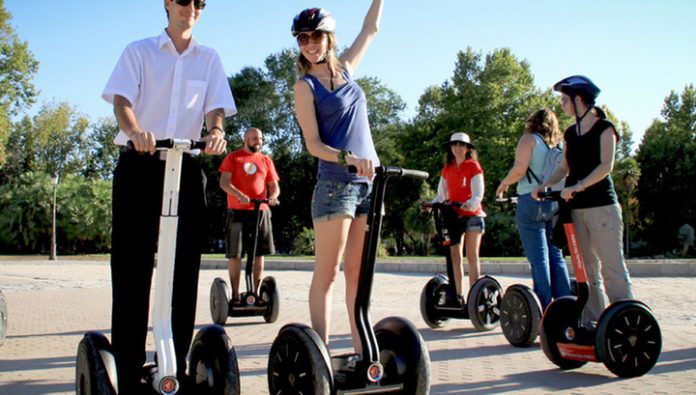 the Segway Company had announced the removal from production of balancing electronic scooters. We are talking about two-wheeled models with high handlebars Segway PT (Personal Transporter), which popularized this type of personal transportation in the early 2000s.

the Idea of the famous electric skateboard belongs to the American inventor Dean Kamenu, the author of “self -” iBOT wheelchair with a motor. First model Segway PT came out in December 2001, sold for $5 thousand, and could reach the speed of 16 km/h, writes Fast Company.

Kamen expected that the “Segway” will change the world just like the car in the era of horse carriages. The company originally planned to sell 100 thousand scooters in the first 13 months after release, but for all time, was able to sell about 140 thousand pieces. For comparison, Honda only in 2019, sold three times more compact crossover CR-V.

the Revolution in transport had dreamed Kamen, the Segway PT did not commit. However, these devices are actively used by postal workers, police officers, golfers, tour guides and representatives of other professions.

Kamen sold the company in 2009, and in 2015 she moved to the Chinese manufacturer of two-wheeled electric scooters Ninebot. The release of the Segway PT at a factory in Bedford (new Hampshire, USA) will be discontinued from July 15 this year, and 21 employees will be fired.

Despite this, Segway Ninebot under the wing continues to produce new models. For example, in 2018, the firm introduced roboscooter-porter Loomo, which can carry as its owner and his things. And earlier this year was shown the S-Pod is the most advanced from the point of view of user comfort model.