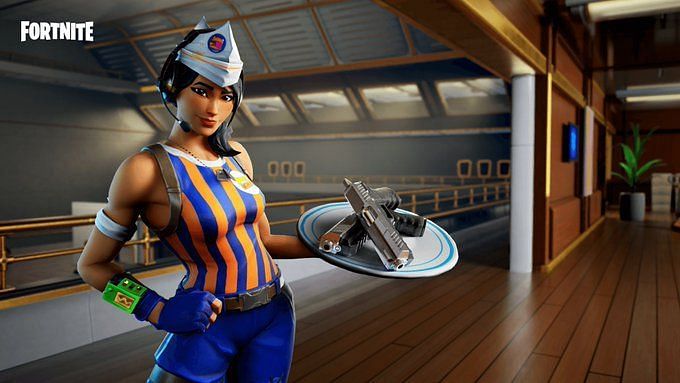 Fortnite’s month-long Rainbow Royale event has been marred by the too-brief banning of a featured creator, after they were found to have had a history of homophobic comments.

This popular creator is a minor and was responsible for many of Fortnite’s most beloved maps, including the Pro 100 competitive arena which was featured in the Summer Challenge LTM.

Sadly, the creator was spotted spouting homophobic comments on social media (thanks Kotaku). The creator responded to the Rainbow Royale announcement with (now-deleted), comments bemoaning it and saying, “I’m no fanatic, but that is against nature.” Ben Walker, Top5Gaming’s writer, noticed that the creator liked violently homophobic tweets. One captioned an image of people lighting a rainbow flag.

Epic removed the Pro 100 map from the mapper’s Support code for mappers (which allows them to take a cut of any Epic sale when the code is used). Epic lifted the ban after the creator posted a Twitlonger apologies.

“I’m sorry for what I said about Rainbow Royale and the LGBTQ community. I wasn’t trying to hurt anyone, but simply wanted to voice my opinion on the event. It was hurtful to the community. I am deeply sorry for any hurt. It was against my religion, and it was something I was raised to believe. I promise to do better in the future. I still have much to learn. I’m grateful to you guys for giving me another chance, as every person should.

It’s likely the creator’s youth and willingness to apologize spurred Epic to be a little more lenient, but the decision hasn’t sat well with fellow Fortnite creators–particularly given the timing during Fortnite’s big pride event.

“If a smaller creator had done the same they would’ve got their code removed without getting it back, it seems Epic cares too much about the plays his map receives than doing what is right, disappointing stuff,” tweeted featured creator Echo.

Others, like creator Tiny feel “laughed at” by Fortnite for getting excited over a supposedly queer-friendly event. Rainbow Royale might be happy to promote queer musicians and plaster Fortnite with rainbows. All that noise is useless if the LGBTQ+ players in Fortnite don’t feel safe.