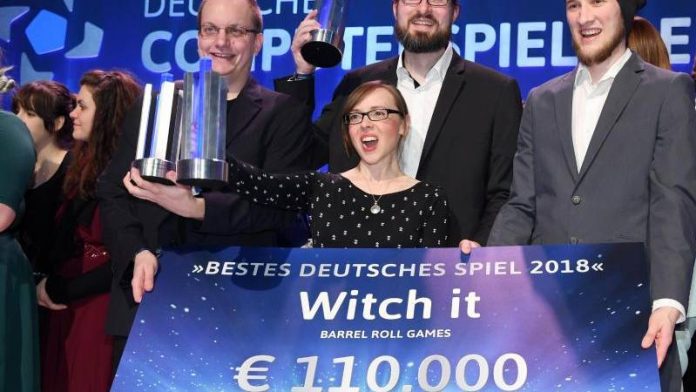 For the German computer game award determined by the Jury, the nominees. The candidates waving to the award of the 9. April in Berlin, prize money in the amount of 590,000 euros.

“this year’s submissions are testimony to the creativity and innovation of the German Games industry,” said Andreas Scheuer, Germany’s Federal Minister for transport and digital infrastructure in Berlin. The prize is awarded by the Federal government and the industry Association game, and is considered the most important award in the industry.

As a “hot candidate” applies to the Organisers, according to the developer, Philipp studs Mayer has done it with two Games (“supertype”, and “see/saw”), to a total of five nominations in the final selection.

In the category “Best Innovation” expected the Jury to be a particularly exciting race. Here is a new input device against the “Tower day,” with place-based Virtual Reality, as well as the Mystery Adventure to play with for the “Bcon” play “muddy brook” with innovative measurement technology.

The 32-member Jury selects the nominees from a total of 272 submissions in 13 categories. The games are evaluated according to criteria such as fun, entertainment, artistic quality, innovation, or pedagogical-didactic value.

The 14. Category the audience is the price. Of 6. up to the 31. March, he is determined by the players via an Online choice. The Federal government is currently working “with high pressure” in the implementation of a nationwide promotion of the Play “Made in Germany”, said Scheuer. So that local developers are to be made internationally competitive.