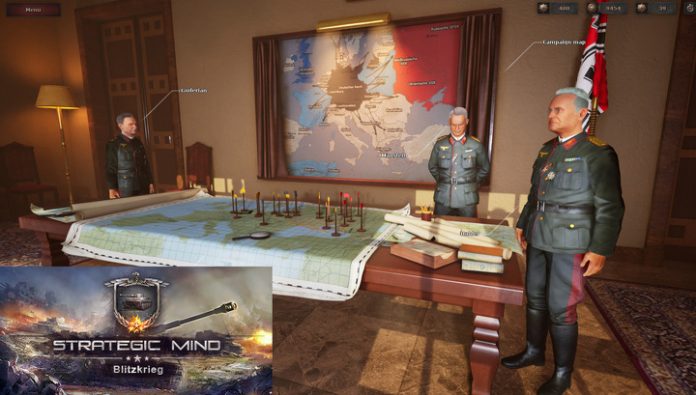 created by Ukrainian developers of the computer game Strategic Mind: Blitzkrieg (“Strategic intelligence: the Blitzkrieg”) contains the propaganda of Nazism, which is unacceptable and deserves the adoption of “appropriate measures”. This was stated to journalists the press Secretary of the President of Russia Dmitry Peskov.

“Here, I can only Express my extreme regret that such a game is available on the territory of our country. Especially now, in the year when we celebrate the 75th anniversary of the Victory,”- quoted Peskov “Interfax”. – This game is from our point of view – nothing else, just as the propaganda of Nazism, which is unacceptable”.

Press Secretary of Vladimir Putin hopes that the Russian competent authorities will adopt in connection with the release of the game “appropriate measures”. Article 20.3 of the administrative code of the Russian Federation provides for legal persons the penalty of a fine of up to 50,000 rubles for propaganda or public demonstration of Nazi paraphernalia or symbols and up to 100 000 rubles in case if there was a manufacture or sale, or purchase for the purpose of sale of such attributes and symbols. In any case, a confiscation subject of an administrative offense.

While the Federal law from March 1, 2020 N 31-FZ, in article 20.3 of the administrative code was introduced note. Its essence is that the provisions of the article shall not apply if the use of Nazi or similar symbols is accompanied by the formation of negative attitude to the ideology of Nazism and extremism and does not contain evidence of propaganda or justification of such an ideology. 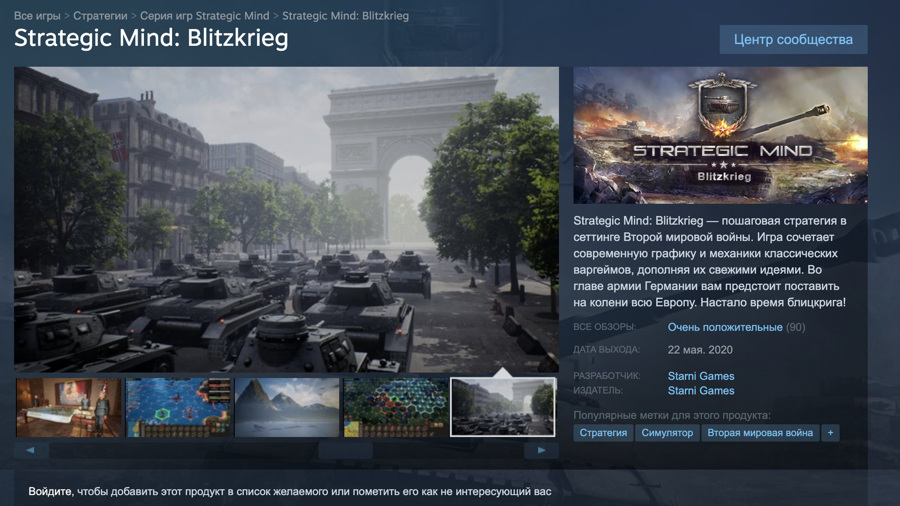 a Strategic Mind Game: Blitzkrieg of the Ukrainian development Studio Starni Games released on Steam may 22, 2020-th year. Classic wargame three-dimensional graphics reminiscent of the latest version of “Civilization” and offers players “at the head of the German armed forces to its knees the whole of Europe”. “The gameplay is story-driven, with the participation of many historical figures such as Franz Halder, Heinz Guderian, Erich von Manstein, Erwin Rommel, Karl dönitz, Wilhelm Canaris, Herman Goering and others,” say the developers on Steam. In case of successful completion of the phase of the campaign against the Soviet Union battle for Moscow, the player shows a parade of Nazi troops in the red square.