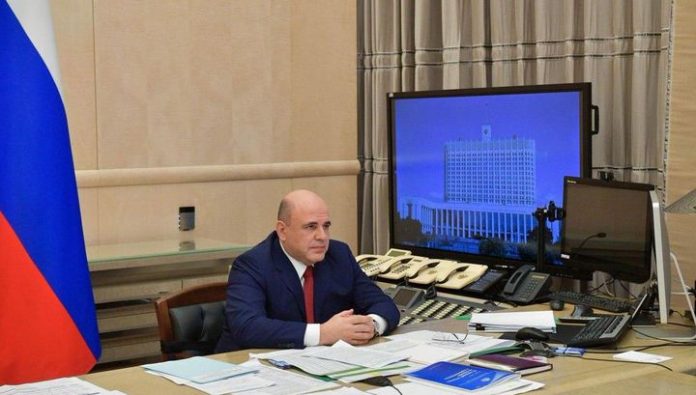 the Russian Government will soon work out the issue of “tax maneuver” and other additional measures to support the information technology industry, said Prime Minister of Russia Mikhail Mishustin at a meeting with Russian President Vladimir Putin on the situation in the sphere of communications and it.

“I Think it is important for the results of today’s meeting <...> to develop an additional set of measures, including “tax maneuver” in the it industry, and to report to you in the near future, specific proposals to stimulate the development of the industry of information technologies”, — said the Prime Minister.

Vladimir Putin has instructed the government to prepare the relevant proposals for approval, adding that measures to support the industry should be included in the national plan.

the Difficulties which now face as the industry itself and the economy as a whole, became key issues during the meeting on the situation in the field of communication and information technology. Putin noted that due to objective financial and economic constraints many businesses simply not enough resources for the development of innovation.

among the announced at the meeting of the measures Vladimir Putin supported the initiative of the Chairman of the Board of the Association of software developers (reason) “national software” Natalia Kasperskaya about the need to clarify the criteria for the assignment of companies from the IT industry to the number of victims of coronavirus.

At the meeting kasperskaya said that enterprises in the period of crisis suffered in varying degrees — the part affected slightly, but there are companies whose revenues decreased by 100% and which was under threat of bankruptcy.

Natalya Kaspersky has offered to make adjustments to national classification of economic activities (OKVED) in order to be in a better spot to make a decision about what the company needs in support or not.

Putin cited the estimates of the Ministry of digital development, communications and mass media, which “in 2020, the costs of economic entities in the information and communications services will be reduced on average by 20%”. The Russian President also found it necessary to replace the shortfall funding of IT-sector at the expense of state orders or orders of large state-owned companies.

Vladimir Putin also said about the need to develop a regulatory framework for the IT industry and the conditions for long-term development of information technology.

Putin emphasized that it is necessary to monitor the implementation of information technologies, but also a certain freedom of action must be provided to market participants for experiments. The head of state urged to eliminate barriers to start and support promising it projects, for which the government of the Russian Federation and the state Duma should accelerate the adoption of the bill on the pilot legal regimes — “regulatory sandboxing”.