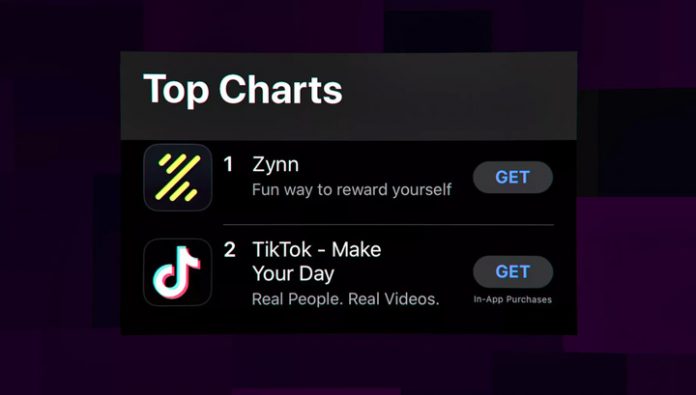 Google has removed from the catalog of Google Play store app Zynn. Chinese clone TikTok, who recently surpassed the original number of downloads, was accused of plagiarism.

Zynn start on Android and iOS in early may and quickly took the top of the charts. At the end of the same month, the hit topped the list of most downloaded free apps in the App Store, ahead of Zoom and TikTok, and Google Play among top ten by the number of downloads.

the Reason for the explosive growth in part due to the remuneration system, which is shared by the creators of Zynn. Unlike TikTok, the service pays users for viewing videos and referring friends. For example, for registration in the application Zynn gives $1, another $20 for the first invited person and $10 for each additional. Funds are available in the form of gift certificates or cash. However, a non-profit organization Common Sense Media calls the scheme Zynn financial pyramid.

in addition, this week a major TikTok bloggers said their content without permission was uploaded to Zynn. As noted by Wired, some accounts have been copied completely, right down to the name and profile picture. And it happened even before the official launch of the service in the United States.

Representatives of the company told the Financial Times that their program was removed from Google Play due to “plagiarism”. However, they acknowledged that “made some mistakes in this area.”

In Zynn added that the company could pay money to advertisers, but decided to involve the user directly.

“We didn’t want to pay the giant corporations like Facebook or Google, so I decided to pay the exact same amount to our key customers”, – explained the press service.

the Google deletion Zynn from the store has not yet commented. the iOS app is still available in the App Store.