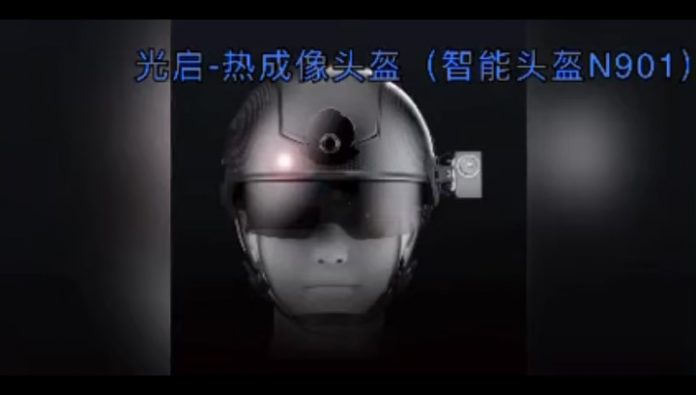 Police in China have begun to issue “smart” helmets with built-in camera and a thermal imager. It is assumed that in the context of the ongoing pandemic coronavirus infection COVID-19 futuristic devices will help police and medical workers and employees of transport instantly to identify in a crowd of people with a high temperature.

Smart helmets N901 manufactured by the Chinese firm KC Wearable. In devices built with ARM processors, cameras, visible light and infrared sensors that allow you to remotely measure temperature from a distance of about two metres. According to the manufacturer, the accuracy of recognition is about 0.3 degrees Celsius. The results are displayed on the screen of augmented reality, near the faces of passers-by.

Devices are not only for contactless temperature measurement. With the help of the police N901 can also scan QR codes, read license plates, recognize faces and people in the dark. All the information collected, assure Wearable KC is stored in the helmet and is not transmitted.

mostly buy N901 state agencies and private companies, told Business Insider the head of the KC Wearable Guo Jie. China has used about a thousand of such devices — they are “the police, nurses, security guards and staff checkpoints at metro stations”. There are hats from $5000 to $7000 apiece.

N901 demand outside China, said Guo Jie. According to her, samples of devices for testing ordered military police of Italy and the government of the Netherlands. In addition, the “smart” helmets are already armed police officers in Dubai.

However, some experts doubt the effectiveness of temperature scanner. Says Professor Davey Jones of Bangor University British, some people may never show any symptoms COVID-19, and fever can occur for other reasons, such as menopause.

in addition, the reliability of indicators is very much influenced by the distance and angle recognition and the resolution of the images. According to the doctor, and expert in the field of thermal imaging Exeter University Chris Wright, in his work he uses the infrared camera with a resolution of 640×480 pixels, while the resolution of the sensor “smart” helmet N901 does not exceed 384х288.

Previously, China has used electronics put on to combat the epidemic of the coronavirus. In late March, the augmented reality glasses with a thermal imager, developed by AI startup Rokid Corp, issued to the guards of the Park in Hangzhou.